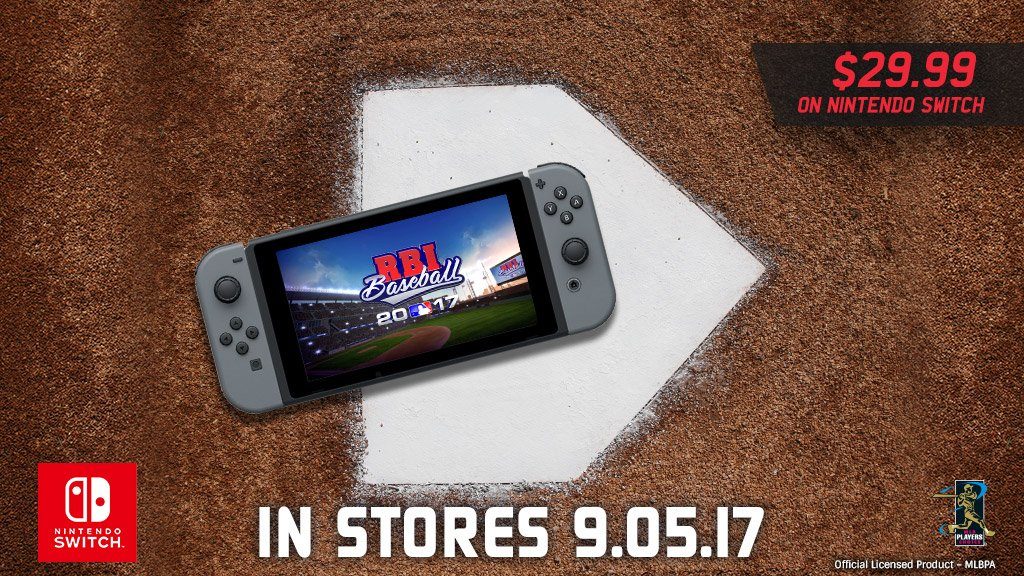 Looking for some baseball fix on your Nintendo Switch? You’ll get your chance very soon, as R.B.I. Baseball 17 is swinging onto Nintendo Switch on September 5, 2017.

R.B.I. Baseball 17 will be released at both retail and on the Nintendo eShop for USD29.99. The game initially launched on PS4, Xbox One, and smartphones on March 28 this year for USD19.99. This makes the Switch version of the game 10 dollars higher than other versions.

Here are some of the game’s features:

Your Team, Your Way: Modify your lineup with complete MLB rosters or play classic R.B.I baseball rosters. Stay current with downloadable roster updates throughout the 2017 season.