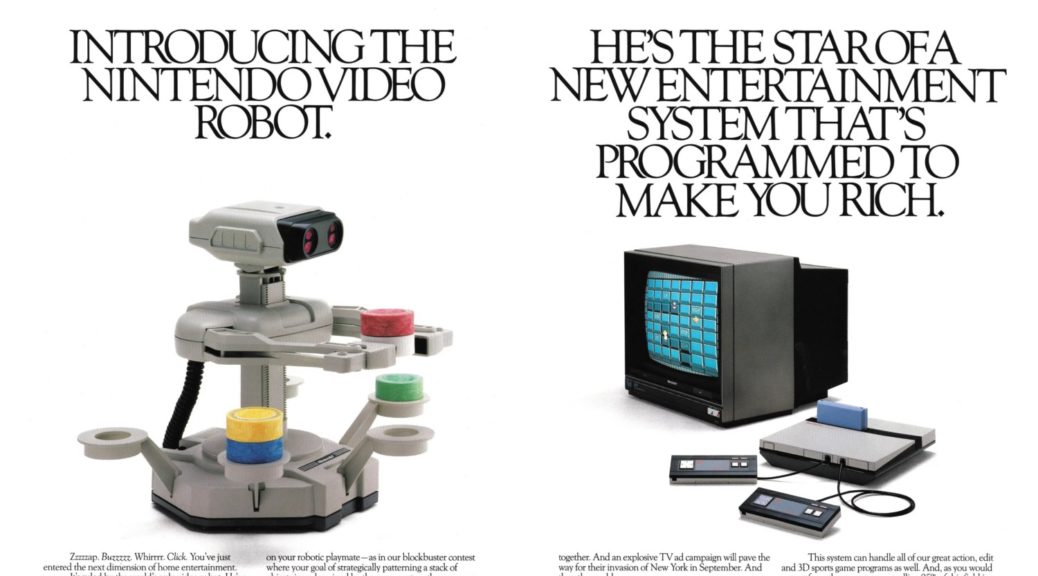 Today, the NES is remembered as the flagship console that made Nintendo a household name. However, way back in 1985 while it was making its way to the states from Japan, people were a lot more uncertain about how well it would far outside of its home country.

Due to the videogame crash of 1983, Nintendo faced an uphill struggle trying to convince US retailers to carry the Famicom in its original state. To prove that there would be interest in the product, Nintendo held a soft-launch of the console in 1985, sporting a vastly different look and placing ROB the robot front and center.

Over on Twitter, Retro Gaming Enthusiast Philip Summers has shared a remastered promotional flyer from that soft-launch event. From the flyer, we can see that Nintendo’s original plan to localize the Famicom looks vastly different from the final design, and wasn’t even called the NES!

Instead, the console was called the Nintendo Advanced Video System, sporting a flatter design that was more similar to the Famicom. It also used a similar top-loaded cart design, and had different controllers. The marketing materials also put ROB the robot front and center (referred to as the Nintendo Video Robot), possibly part of Nintendo’s strategy to dodge the “video game console” label by marketing it as a toy.

You can check out the images below:

Here is a cool one from the pile I've been scanning. This ad is all about Nintendo's NES soft launch in NYC. The focus is completely on ROB, then named Nintendo Video Robot. There's a great look at a prototype NES, which is unnamed here and looks to be using Famicom carts. pic.twitter.com/UF1RDNZBZd

What do you think of this preliminary design? Do you prefer it to the one we got? Let us know in the comments.