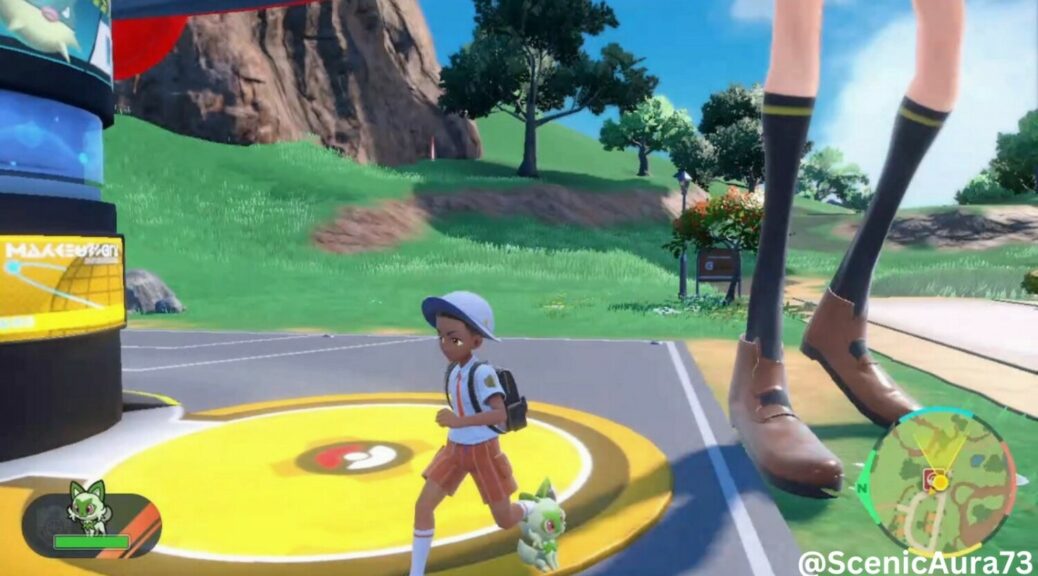 As reported previously, Pokemon Scarlet And Violet released with quite a number of performance issues, possibly due to a memory leak or some other issue.

Aside from the more serious performance problems, the game can also manifest a wide variety of strange graphical bugs and glitches. For example, a common glitch that occurs during multiplayer is for the co-op character’s model to glitch out and stretch to impossible degrees. When playing solo, players may also see Pokemon phasing through the environment and may be able to glitch out of bounds themselves if they try.

You can check out some of the more extreme examples below:

AH HELL NAH BRUH NO ONE TOLD ME THERE WERE TITANS IN THIS GAME 💀 pic.twitter.com/QsYNWJPmpz

loving the game but the glitching/clipping jesus should have extended the launch date atp #pokemon#PokemonScarletViolet #NintendoSwitch pic.twitter.com/ibI4lEQbE8

Some people have been complaining about not being able to go inside houses, but I don't see the problem. pic.twitter.com/hinNvaUg6d

At the time of this writing, The Pokemon Company has yet to announce additional patches that could correct some of these problems. Stay tuned for more updates as they come.