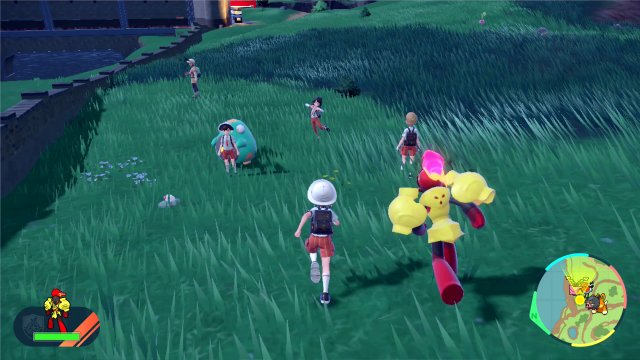 Earlier this week, we shared some reviews for Pokemon Scarlet And Violet, many of which lamented the performance issues that marred an otherwise interesting new Pokemon experience.

Now that the games have been officially released, many players are reporting similar problems with the game, including lagging during transitions, dropped frames, and other hiccups. Although rare, some players are even experiencing more severe graphical glitches, such at the following post shared by @Cherrim on Twitter, which shows extreme pop-in and lag during an Wild Pokemon battle.

This has led to a great deal of speculation and discussion in the community about what could be causing these issues. In the replies to Cherrim’s Tweet, some speculate that this could be due to a faulty SD Card, similar to problems that were reported during Sword And Shield‘s initial release.

According to prolific Pokemon news outlet Centro Pokemon, these issues could be due to a Memory Leak, as some have found that resetting the game or entering and exiting Mesagoza fixed the performance problems.

FRAMERATE ISSUES CAN BE FIXED BY RESTARTING THE GAME

For our English following, we feel this is very important. Based on our testing, the biggest issue we have, the framerate drops, appear to come from a memory leak or similar when you are near towns or cities. pic.twitter.com/QHBlMSq2AH

Whatever the truth is behind these issues, we can only hope that a patch for them is in the works at Gamefreak. Stay tuned for more updates as they come.