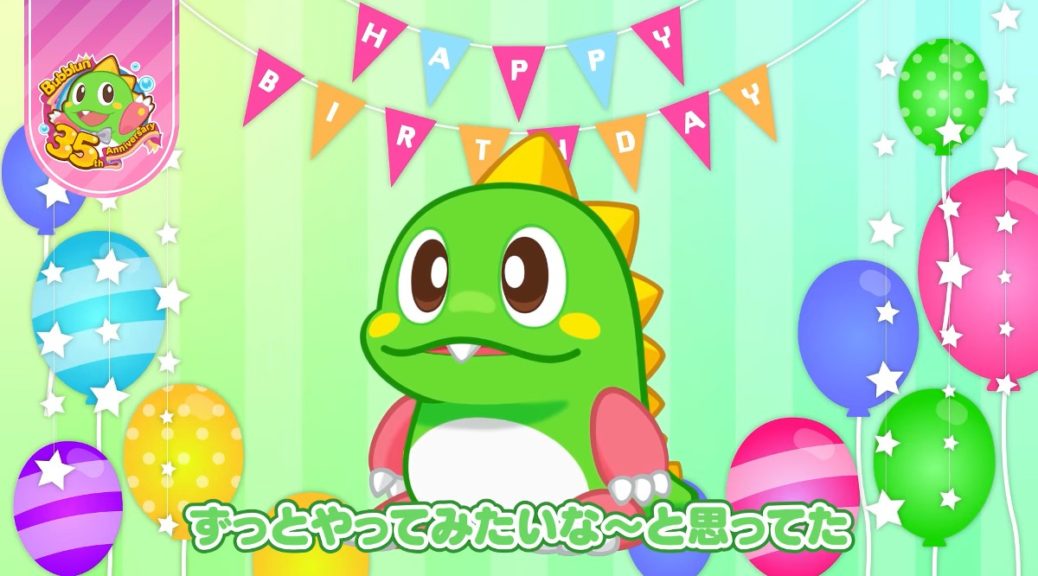 It looks like another gaming mascot will soon be entering the VTubing scene!

For the 35th anniversary of the Bubble Bobble franchise, Taito has revealed that the series’ mascot Bub will make his debut as a VTuber. In the short announcement video below, we get our first glimpse of the character’s VTuber voice and appearance (turn on Closed Captions for English subtitles):

For now, Bub has promised a future video where he will share details about his past adventures with fans. We’ll report back if we hear more in the future!

What do you think of Bub’s VTuber voice and look? Feel free to share below!