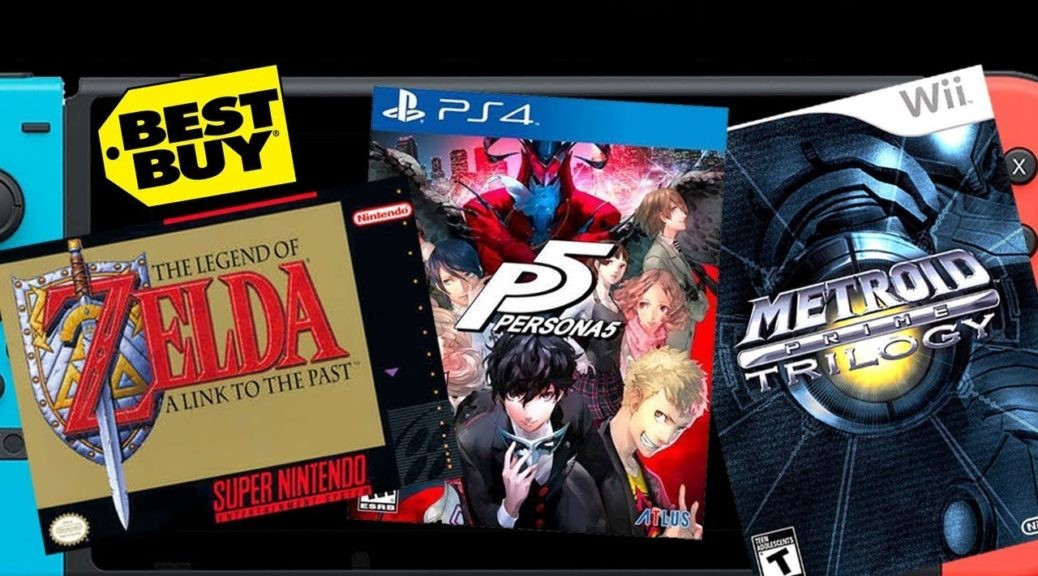 Previously, we reported about a supposed leak from one of Best Buy’s CoreBkue employee terminals. Namely, that Persona 5, Metroid Prime Trilogy, and The Legend of Zelda: A Link To The Past were all listed for Nintendo Switch.

Apparently, the plot has now thickened. According to various trusted sources of Wario64, Best Buy has taken down those listings. While traces of those listing are still present in the system’s RSS, Best Buy most likely took action to clean up some sort of mistake.

As with all rumors, we stress again to all NintendoSoup readers to take this information with a large pinch of salt. Until Atlus or Nintendo make official announcements for such titles, this is all purely conjecture and hearsay.

In the meantime, what do you think? Did Best Buy really goof up and leak something they should not have? Let us know your thoughts below!