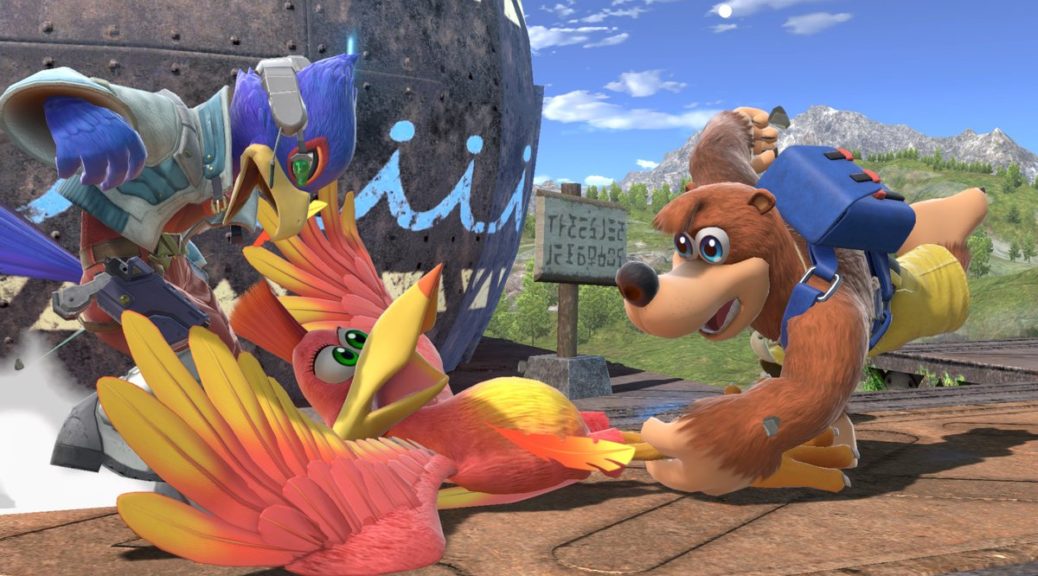 Recently, Masahiro Sakurai was once again interviewed by Famitsu in a column titled “The Hero Joins the Battle! Banjo and Kazooie also Join the Battle!”.

Check out what Sakurai commented on for Banjo-Kazooie in this translation from PushDustIn on Twitter:

-There is a lot Sakurai wants to talk about for how Banjo-Kazooie will play in Smash but he will reveal those in the future as he currently wants to focus on how The Hero & Banjo-Kazooie managed to make their way into the game.

-The reason Sakurai chose to put Banjo-Kazooie in Smash was due to many requests from fans in the West even when many were asking for Ridley and King K Rool.

-Sakurai says that it was very difficult for them to join Smash as their game of origin was on the N64 and that they are now owned by Microsoft.

-Rare was sold to Microsoft in the early 2000s which is why they stopped making games for Nintendo consoles. Nintendo and Microsoft are rivals in the console market and it was thought that you shouldn’t help out your competition. Sakurai himself has commented he doesn’t care for the console wars.

-But this time they were able to get Banjo in to Smash easily and Sakurai has thanked Rare for their assistance on managing to satisfy fan requests.

Check out the full translation here:

Again, thanks to @japaneseswitch for the supporting this translation. Check out their page for news about Nintendo straight from Japan.

This is Sakurai column 582 titled, "The Hero Joins the Battle! Banjo and Kazooie also Join the Battle!" pic.twitter.com/mCW0ffNh9m

What do you think? Lets us know in the comments.