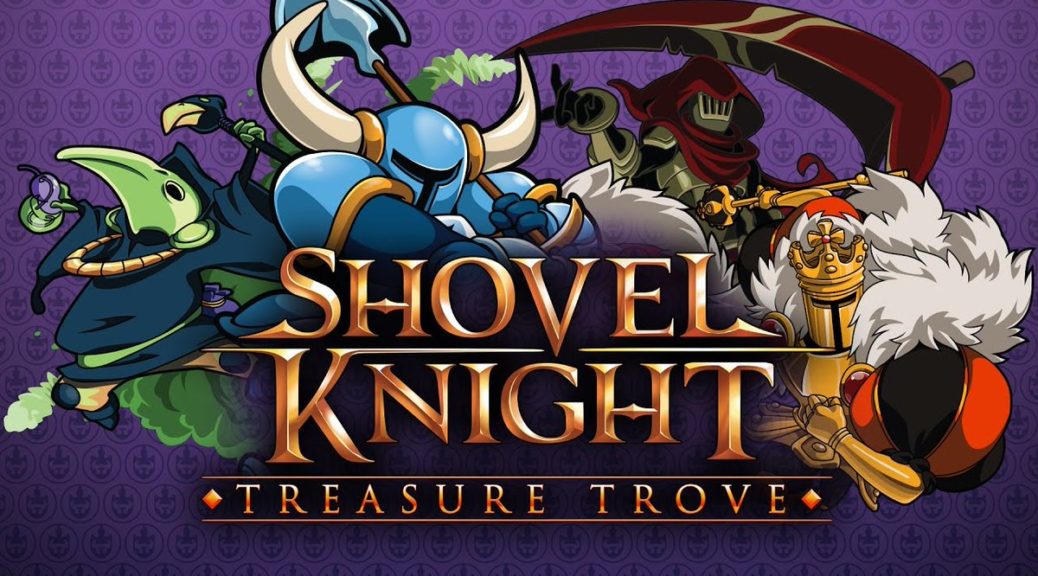 As you know, Shovel Knight: Treasure Trove will be updating with the new DLCs King Of Cards and Shovel Knight Showdown in just a few days time.

Unfortunately, not every platform will be receiving the update on the planned date, despite Yacht Club’s best efforts. The update has been delayed for a number of platforms in a few regions, including the 3DS and WiiU. Fortunately, the Switch version is not affected, and will be getting the update on December 10th as planned.

Despite our intense efforts, and the effort of all the hardworking teams over at each and every platform holder, the following platforms have had their release date adjusted.

If you don’t see your platform/region below  then assume the release is on time for the above! We will update this page as we receive new information.

Wii U – Europe – Approved, but needs slightly more time to prepare for release.

PS4 – Physical: Due to unforeseen manufacturing issues, the PS4 physical version of Shovel Knight: Treasure Trove has been pushed to early 2020. Note that the update patch for both the digital and physical release of Shovel Knight on PS4 is still on schedule.

Yacht Club also confirmed that there will be a patch put out for the physical release which fixes a number of issues:

Since the submission of the original physical versions, we’ve continued non-stop, rigorous testing on the game to submit it on a great many platforms. During that testing, we found some issues that we really feel would be best addressed!

If you are playing the physical game, there will be a 4.0A patch on or near release which addresses a handful of bugs. If you’re playing a digital version of the game, you will likely already be updated to 4.0A. We will provide more detailed patch notes on release.