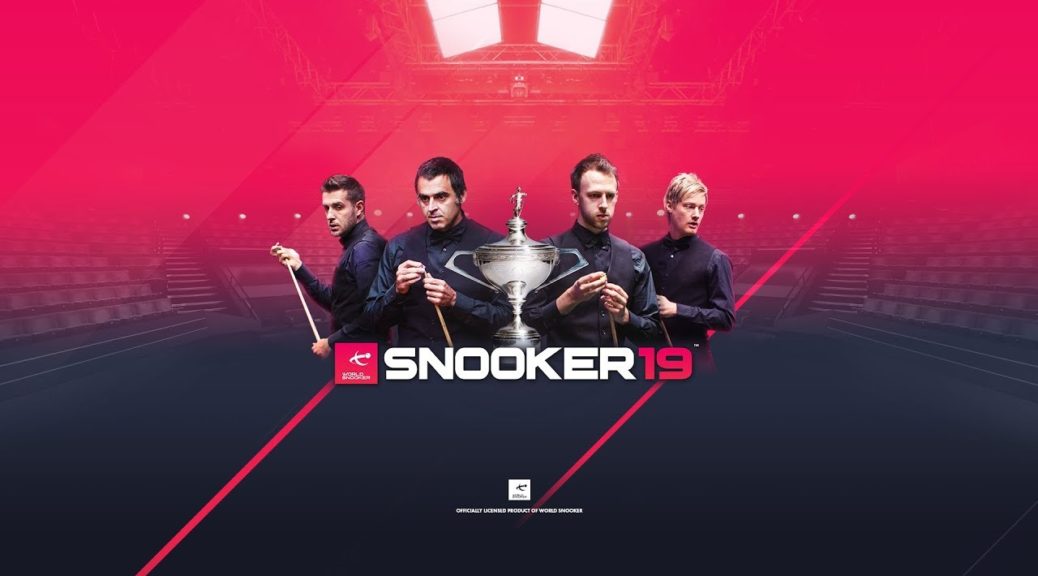 Snooker 19 features over 128 top snooker players from around the world, as well as a full suite of offline and online modes for players to master every official tournament. Snooker 19 is scheduled for a Spring 2019 launch in the west.

Ripstone Games, in collaboration with Lab42 and World Snooker, today announced that Snooker 19 is launching in Spring 2019 for PC, PlayStation 4, Xbox One and Nintendo Switch. The announcement has been accompanied by the first gameplay trailer for Snooker 19, showcasing the Unreal Engine 4 powered visuals, incredible physics and 3D facial scanning technology, bringing the game to life like never before.

Developed by Leamington Spa based Lab42, Snooker 19 will feature 128 of the world’s top players including Ronnie O’Sullivan, Judd Trump, Mark Selby and Ding Junhui as they take to the table at iconic venues including The Crucible and Alexandra Palace. In the most in-depth simulation of snooker ever seen, players can choose from a full suite of offline and online modes to master every official tournament. These include global online tournaments that link in real-time with the live World Snooker calendar, quick play online match-making, and fully customised matches of full snooker, 6-red snooker and fast-paced Shoot-Out snooker.

Made in Unreal Engine 4, Snooker 19 is the most authentic depiction of the sport ever created, and players can expect a full TV-style presentation in the game alongside evocative visual details of the players, arenas and equipment. Player likenesses have been meticulously created using 3D facial scanning technology while the subtle yet detailed wood grain of the cues and tables is rendered impeccably. With the glare of the spotlights reflecting accurately off the polished balls, Snooker 19 sets a new visual standard for the snooker video game. Players can soak up its atmosphere while the advanced physics and AI engines ensure the action remains tense, thrilling, and most importantly, true to real life.

“It’s been way too long since the last flagship snooker title,” said Justin Forrest of Lab42. “We’re hugely excited to finally give players a snooker simulation worthy of this increasingly popular sport. The combination of official World Snooker licensed content, high quality, authentic gameplay and TV-style presentation, Snooker 19 is the complete package for both newcomers and hardcore fans.”

“Partnering with Lab42 and World Snooker to bring players Snooker 19 marks a significant step-change for us,” said Phil Gaskell of Ripstone. “The sport has grown exponentially in the years since the last official snooker title. Our game is built from the ground up for new and old fans alike, and we feel it’s the right time to create a game that reflects where snooker and the gaming industry is today.”

Snooker 19 will be launching in Spring 2019 for PC, PlayStation 4, Xbox One and Nintendo Switch.