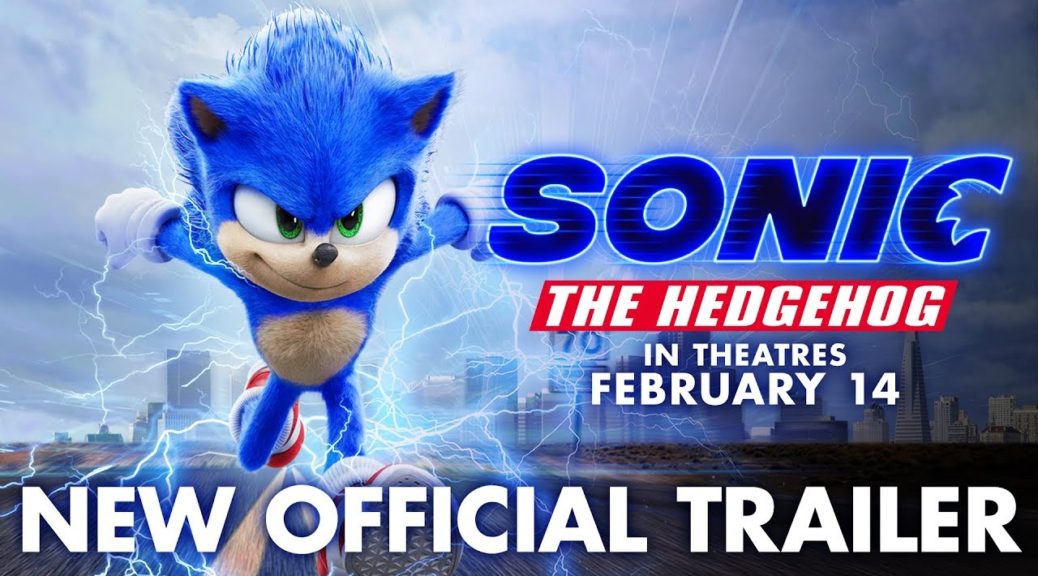 After months of anticipation, Paramount Pictures has finally revealed the new trailer for Sonic the Hedgehog – with the blue blur sporting a whole new look!

As previously rumored, Sonic now sports a much more cartoonish appearance. This includes him wearing actual gloves, a stubbier proportions, and a less uncanny face! These changes were made following a disastrous reception to the movie’s first trailer, where Sonic sported terrifyingly alien features. Instead of ignoring criticism, the movie’s team opted to delay the film to rework Sonic’s features – giving us what you see below!

Based on the global blockbuster videogame franchise from Sega, SONIC THE HEDGEHOG tells the story of the world’s speediest hedgehog as he embraces his new home on Earth. In this live-action adventure comedy, Sonic and his new best friend Tom (James Marsden) team up to defend the planet from the evil genius Dr. Robotnik (Jim Carrey) and his plans for world domination. The family-friendly film also stars Tika Sumpter and Ben Schwartz as the voice of Sonic.

As mentioned in the trailer, Sonic the Hedgehog will debut in theaters on 14 February 2020. We’ll report back when we hear more!