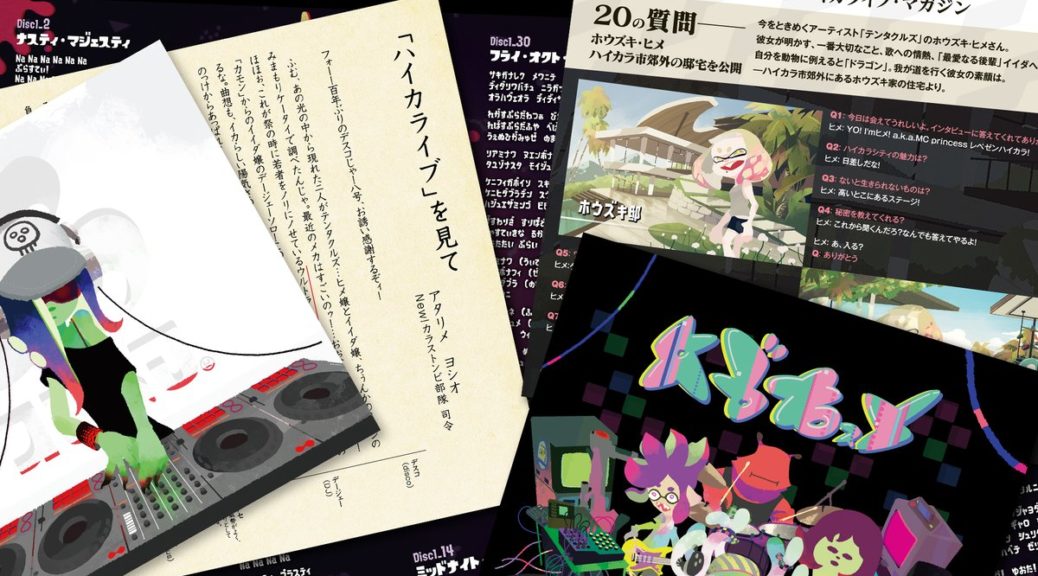 Nintendo recently shared a few pictures of the upcoming Splatoon 2 -Octotune- Soundtrack, which contains a booklet that shares more details on Off the Hook and other bands.

Here’s a few more images of the Splatoon 2 Octotune soundtrack, available for pre-order on Amazon Japan.