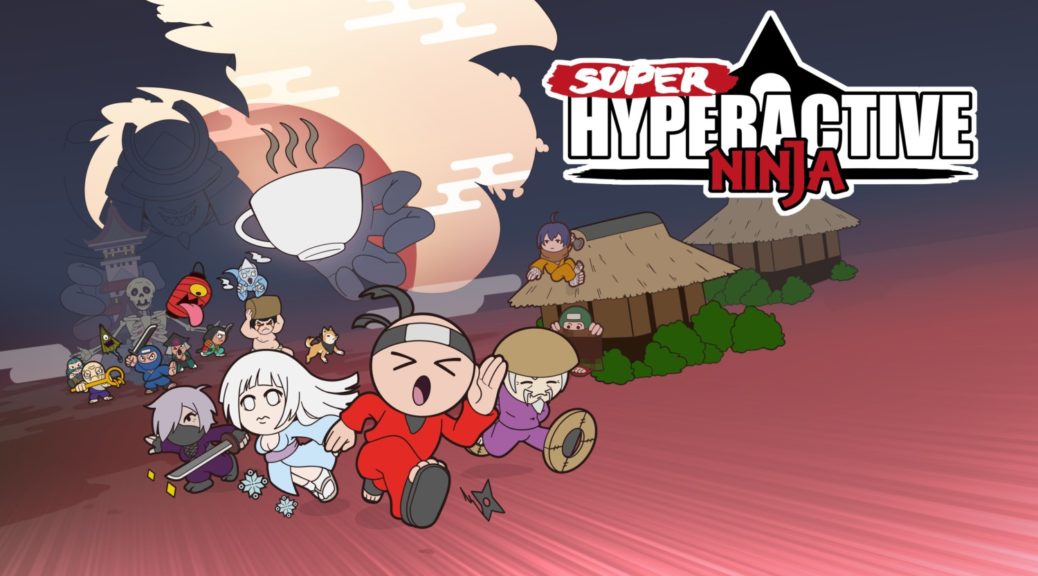 Ninja’s have always been at the forefront of the gaming industry. Whether it was the adorable ninjas in ‘Mini Ninjas’ or in the super cool ninja’s in the Ninja Gaiden series, you would think that they would have done it all by this point. But here we are in 2018 with ‘Super Hyperactive Ninja’, a game involving ninjas and coffee. Maybe there are new ways to invigorate this video game staple after all?

Super Hyperactive Ninja is a 2D scroller that sees you take control of an adorable little ninja who relies on coffee to give him energy. You have to navigate your way through each level, jumping up walls, crossing pit falls and taking out bad guys while collecting enough coffee to prevent you from running out of your all important energy. 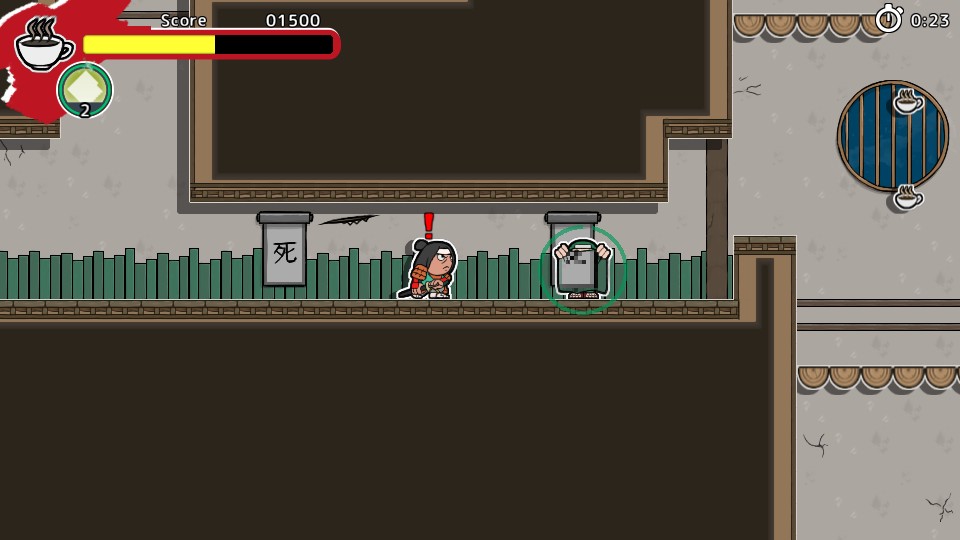 Let’s start with the good stuff about this title which are the graphics and the soundtrack. Super Hyperactive Ninja is a very pretty game. For a 2D side scroller, of course the graphics are not going to be 4K realness but the developers have done a fantastic job of making the levels vibrant, colourful and really pop. Both your character and the enemies dotted around each level have a little white outline around them to not only make them stand out more but also add to this sort of cartoonish comic book graphic style they’ve gone for.

And then there is the soundtrack which is honestly the best thing about this game. If you love a retro soundtrack then you’re going to love this. Each track is super catchy that even once I’d switched the game off, I’d be humming that melody over and over again in my head. It’s the perfect mixture of 80’s nostalgia and a more modern soundtrack. 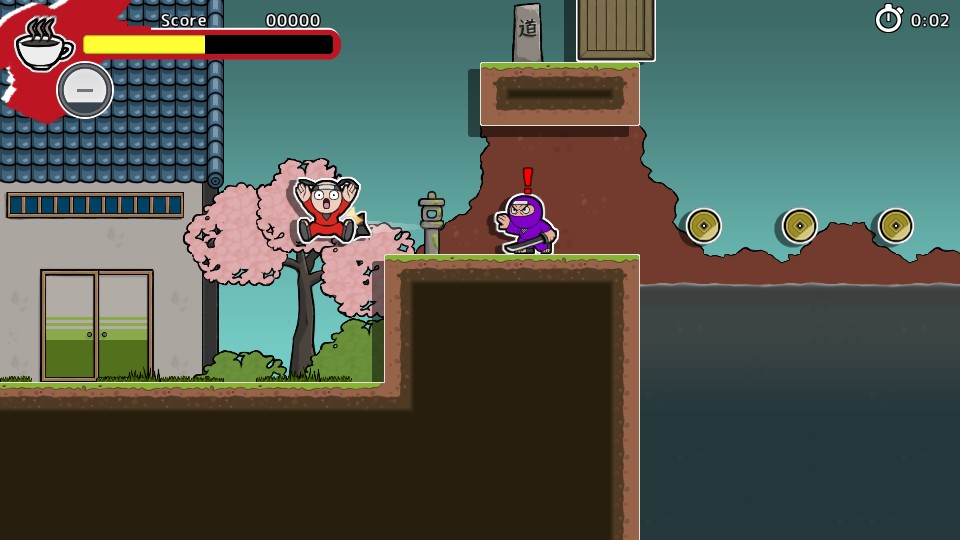 Where Super Hyperactive Ninja falls short is unfortunately in the gameplay. The core gameplay mechanic is in the use of your ‘hyperactive’ power up which gives you the ability to run super fast, climb walls and take out bad guys. But the developers have created levels that involve a lot of precise jumps and this is just not compatible with your ‘hyperactive’ power. You move fast – Sonic the Hedgehog fast but unlike Sonic levels, Super Hyperactive Ninja levels are small, narrow paths and it becomes more frustrating than enjoyable when you keep getting killed or keep missing your jump. If they could slow the character down a bit then I think it would work a lot better. The game plays fine when you’re not using your coffee assisted power but it’s this ‘hyperactive’ that is the key component of this game and for me, it’s too fidgety for it to be successful.

Super Hyperactive Ninja has the potential to be a pretty addictive game. The graphics are super cute, the soundtrack is great and there is honestly a lot to like here. But the key gameplay component isn’t up to scratch but it’s also nothing that couldn’t be fixed with a little software update.

VERDICT:You might enjoy this soup for a short amount of time but the frustrating gameplay may make your soup go cold quick.

A review code for Super Hyperactive Ninja was provided by the publisher for the purpose of this review.