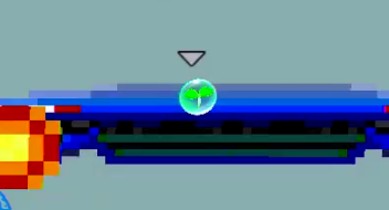 After an alleged Super Smash Bros. Ultimate leak ran amok, it seems like Nintendo themselves may have accidentally dropped some hints of their own.

The company recently uploaded a new video featuring the game at the Wendy’s College Tailgate Tour. As you can see below, students and fans got to demo the fighting crossover extravaganza.

The Super #SmashBrosUltimate with Wendy’s College Tailgate Tour brings the action of gaming’s biggest crossover right outside the hottest football games of the year!

Some internet users, however, have noticed a peculiar detail at the 0:27 mark of the video. On one of the stage’s platforms, an apparently unknown and unrevealed item appears. The following clear screenshot is courtesy of u/HMS3 on reddit.

Rumors and speculation are now flying around regarding this mysterious item. From the looks of it, it’s some sort of bubble surrounding a simple sprout. Many users, including @AlphaOblivion7 on Twitter, are now suspecting that the sprout could resemble the ‘Growth’ Psynergy move from Golden Sun.

For comparison, Twitter user @CheckmateyChuck provided a logo for ‘Growth’ as it appeared in the Game Boy Advanced title. It’s a bit of a stretch, but you can definitely see why people are making the connections!

Could the Golden Sun series finally be getting greater representation in Smash? After all, Isaac was one of the new fighters rumored by the recently alleged leak. We’ll just have to wait and see what this odd sprout item really is, and what it does!