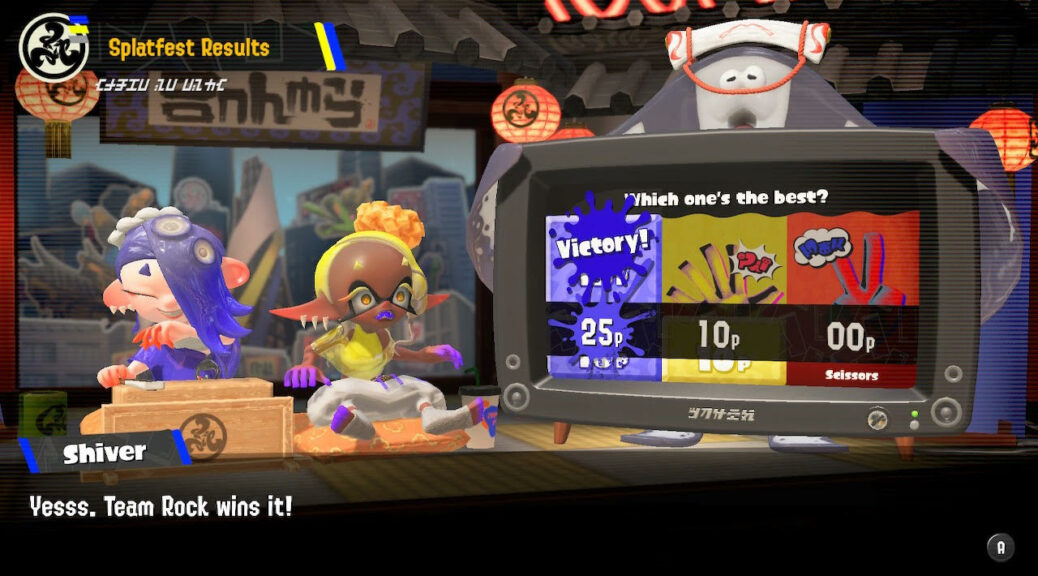 Splatoon 3‘s very first splatfest has come to an end worldwide, with a hardy victor!

As announced by Nintendo below, Team Rock (25p) has emerged victorious over Team Paper (10p) and Team Scissors (0p) in the Splatoon 3 Splatfest World Premiere event. As reported previously, this is the first time ever that a Splatfest event has taken place between 3 teams.

The Splatfest World Premiere results are in and #TeamRock has crushed it! Congrats to the winners!

A big thanks to everyone for participating, and we’ll see you in Splatsville when #Splatoon3 launches on 9/9! pic.twitter.com/NorOFbhYDk