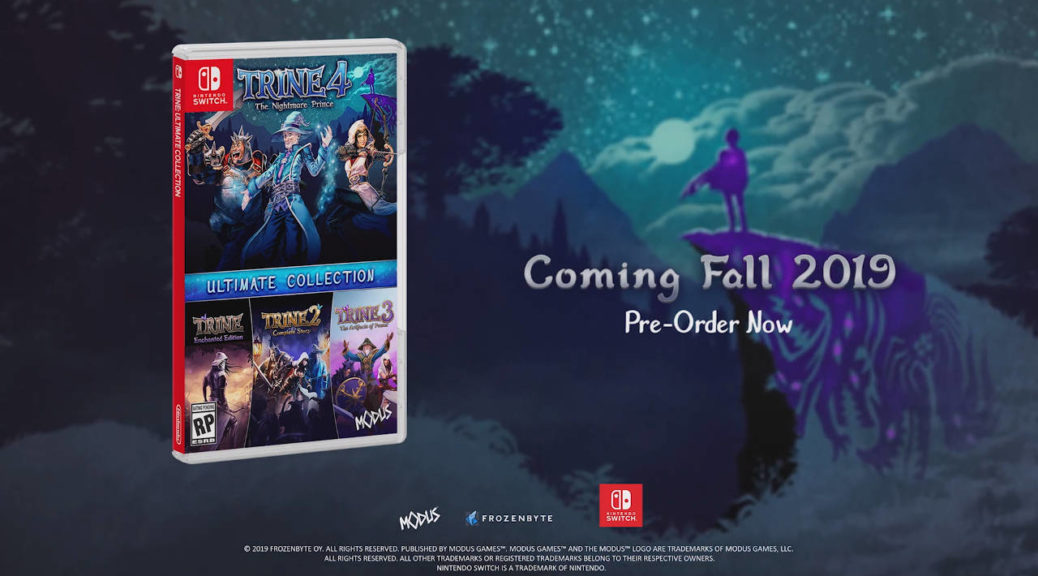 The entire Trine series (so far) will be heading to Nintendo fans in physical form!

[UPDATE 21/8/19] It looks like the physical edition of Trine: Ultimate Collection will not actually contain all 4 games on one cartridge. Read up about the unfortunate news over here.

Modus Games announced today that Trine: Ultimate Collection would be launching digitally and physically for Nintendo Switch in Fall 2019. The collection contains all four Trine series games in one bundle. The physical package also contains additional goodies – like a world map and digital art book!

Check out the reveal trailer and press release below:

Packed with bonus content at retail, the bundle will include Trine Enchanted Edition, Trine 2: Complete Story, Trine 3: The Artifacts of Power, and Trine 4: The Nightmare Prince. Digital and physical preorder information is below, including details on how to grab a pre-order bonus for both Trine 4: The Nightmare Prince and Trine: Ultimate Collection.

Trine: Ultimate Collection at retail will include: