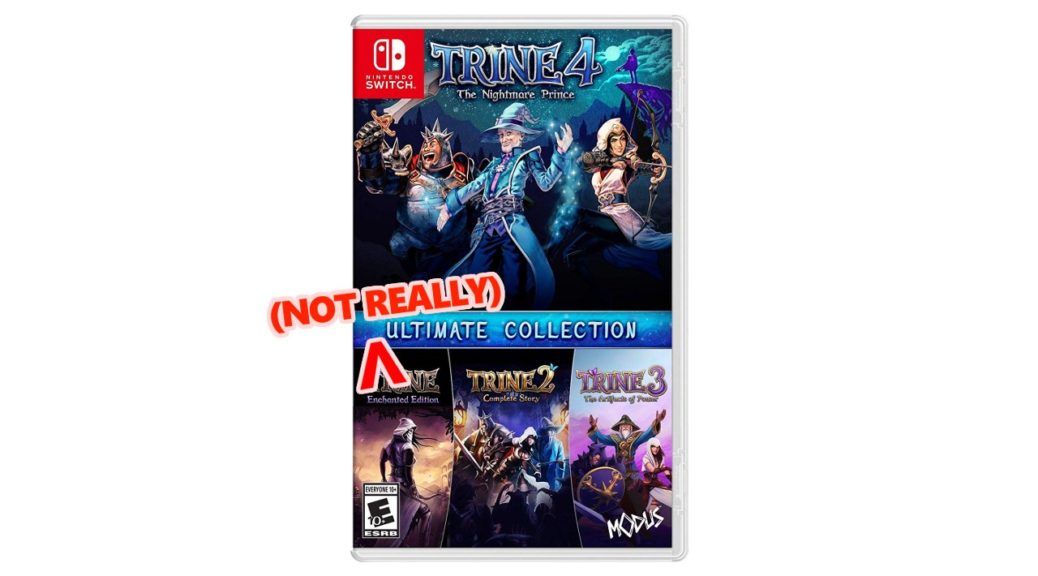 We have some terrible news for those hoping to add Trine: Ultimate Collection to their shelves.

It looks like the physical title will not actually contain all four Trine games on one cartridge. Apparently, the cartridge will only contain Trine 4: The Nightmare Prince – while Trine 1 – 3 will be digital downloads only. It’s unclear if the downloads will be available through a one-time code.

The developers at Frozenbyte admitted this shortly after some concerned customers asked about the game. While Frozenbyte wanted all four games on one cartridge, something unforeseen prevented them from making it happen.

Only Trine 4 is on the cart, 1-3 are downloads. We did originally aim to have all four games on the same cart, but that unfortunately was not possible in the end. We're very sorry about the miscommunication, we'll do our best to avoid mishaps like this in the future.

Fortunately, there’s still an alternative for collectors living in the US. Those that wish to own the first three Trine games physically can still attempt to pre-order the GameStop-exclusive Trine Series 1 – 3 physical release – which was announced earlier this year. This was likewise suggested by the series’ developers.

Yes, unfortunately this is the case right now. Sorry for the inconvenience! GameStop is the publisher of the Trine Series 1-3 physical release, hopefully they will bring it outside of the US eventually.

As it stands, it looks like the best way to own the entire series physically is to buy Trine Series 1 – 3 from GameStop, and Trine 4 separately. We’ll report back if we hear more on this situation in the future.