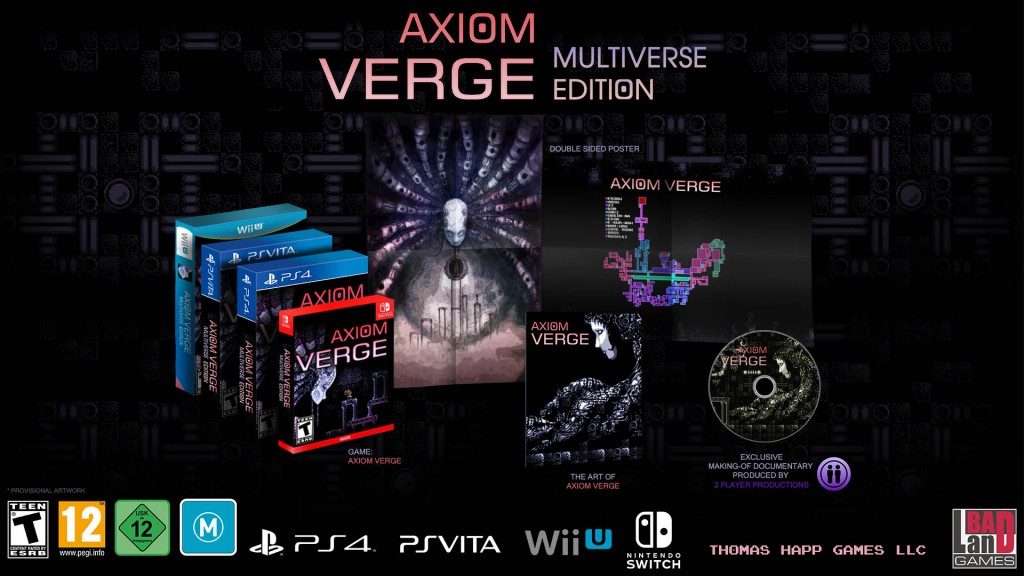 Metroidvania game Axiom Verge is finally launching on Wii U and Nintendo Switch in October later this year. The game will be available as a physical copy for both systems, but there are some problems brewing ahead.

The biggest fans for Axiom Verge in the United States have noticed pre-orders for the Wii U version are absent from major retailers such as Amazon, GameStop, and Walmart. Meanwhile, the Nintendo Switch version of the game is still available for pre-order (on Amazon here).

The official Axiom Verge Twitter account has responded to this statement, explaining “US retailers don’t want” to stock the Wii U version. Not all hope is lost, as the developer plans to make it available “through a different pathway” to consumers.

It’s an interesting decision that the biggest retailers in the US have decided not to stock the Wii U version. Retailers in Europe such as Amazon France and GAME are willing to do so.

Still, it’s a practical decision from the business point of view –  with the exception of the small collector’s market, everyone else will probably go for the Switch version of the game, as the Wii U platform has been dead since March 3rd.

So, what do you think of this fiasco? Let us know in the comments below!