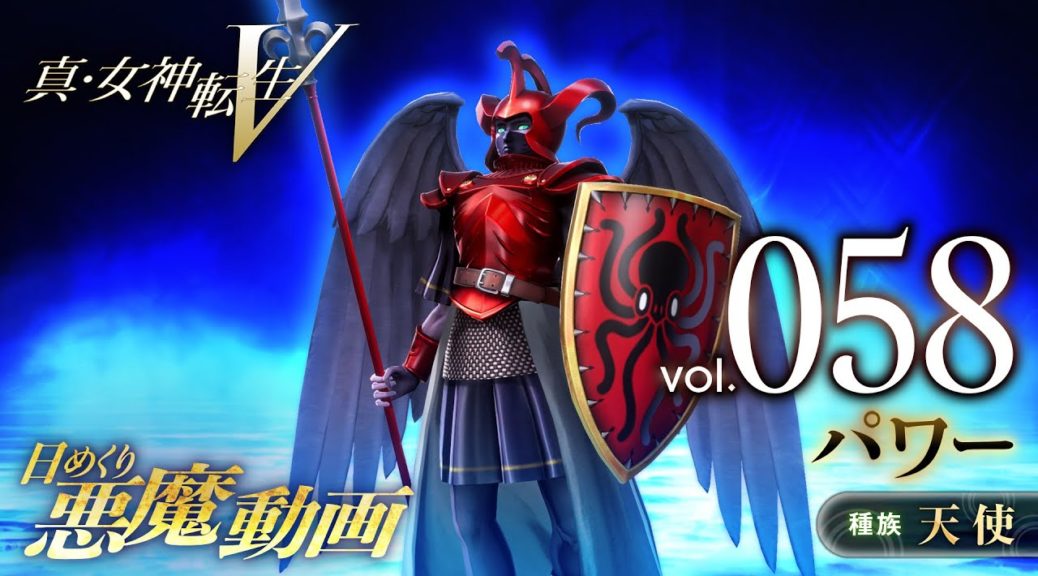 Today’s episode focuses on the divine Power, showing off its design for the game along with its moves. You can watch the video below, along with an English translation posted by Zeruel4891 in the comments.

A middle angel placed sixth in the hierarchy of angels [TN: 能天使, “Noutenshi,” is the term used for Powers in Japanese]. His name means “power of God.” In order to prevent the invasion of demons in heaven, he is always standing in the front line, patrolling the corridors of heaven.