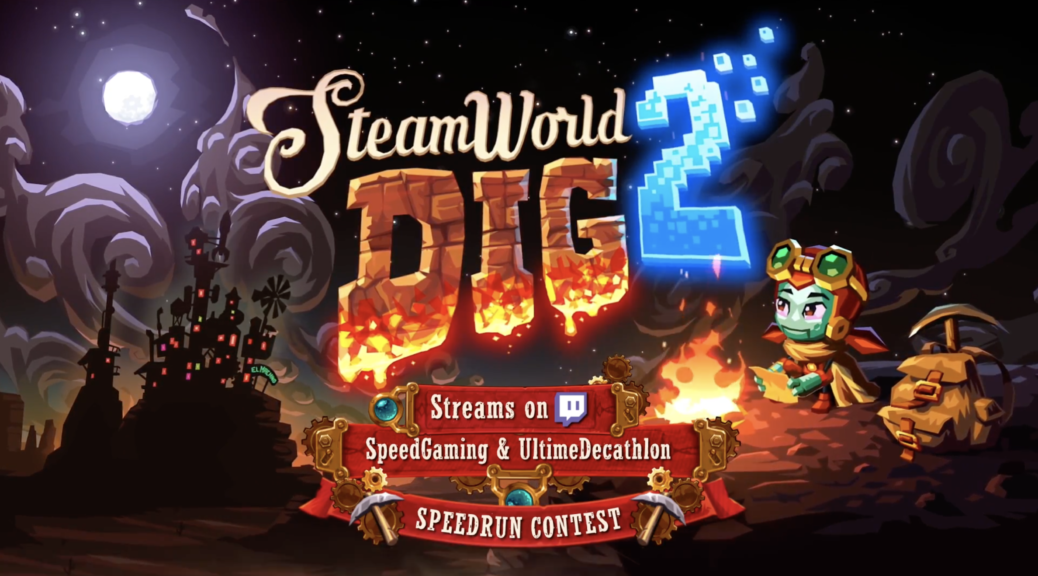 Image and Form, as well as, Ultimate Decathlon, has announced Steamworld Dig 2 Speedrun Contest. The Contest is open to all and will take place until 3 December 2017.

Interested participants just have to purchase a copy of Steamworld Dig 2 and stream themselves completing the game as fast as possible. You can read the more detailed rules here.

Since release, Steamworld Dig 2 has received fantastic reviews from gamers around. Whether or not you are going for the Speedrun contest, it is still a game worth trying. Unconvinced? You can read our review here.

Image & Form and the Ultime Decathlon Team are proud to present you a speedrun event of the recently released Steamworld Dig 2, which will take place from September 24th to December 3rd, 2017. The event is free and opened to anyone who wants to try the challenge and/or be part of the community!

What’s this all about? Steamworld Dig 2 is the continuation of the first episode, in which Rusty defeated the Vectron’s invasion. But since then, no one has seen him, so Dorothy went on a trip to find him. Speedrunning is the activity which aims to finish games as fast as possible, therefore the challenge is to save Rusty in the quickest possible way!

The four fastest people to beat the game during qualifying tournaments will win access to the final tournament which will take place on December 3rd in a cinema in France! This final will also be broadcast here in French and here in English, as well as the qualifying tournaments on October 8th, 22nd and November 5th. Good luck to you, and if you want to know more about it, you can read the “detailed rules“.