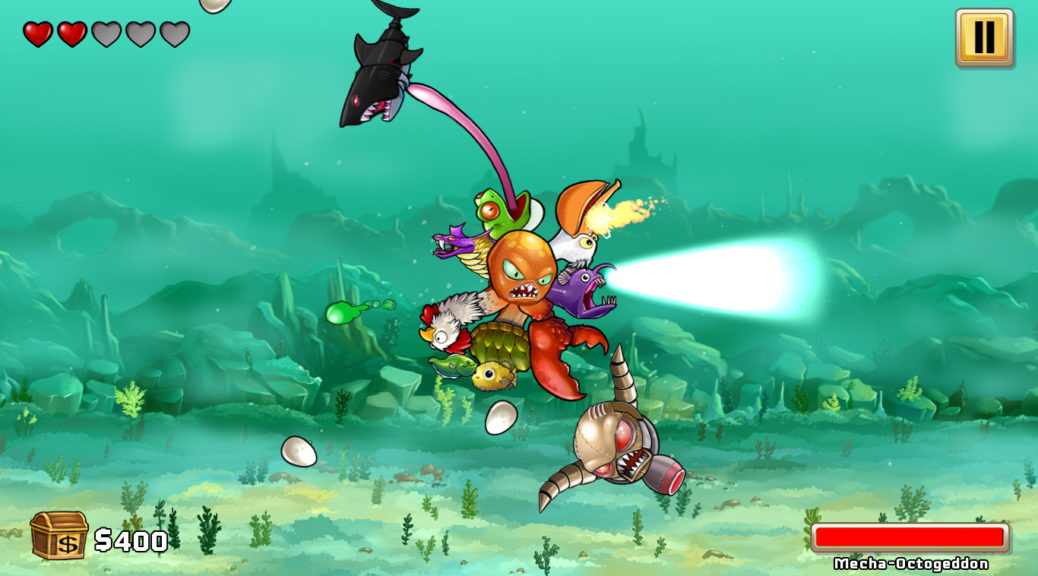 All Yes Good, an indie studio formed by the Plants vs Zombies creator George Fan, launches its first game for the Nintendo Switch!

Octogeddon features a massive mutant octopus with a mission to destroy the world! The game also allows deep customization wherein players can attach different animals as weapons to each of Octogeddon’s tentacles. The combinations are endless, and deciding what to upgrade is super satisfying!

Octogeddon launches on May 16 via the Switch eShop.

Check out the launch trailer and details below (via Steam):

You are Octogeddon, a massive mutant octopus with one mission: DESTROY the world! Grow more tentacles and evolve each of them into deadlier and deadlier weapons until you become the ultimate eight-legged killing machine!