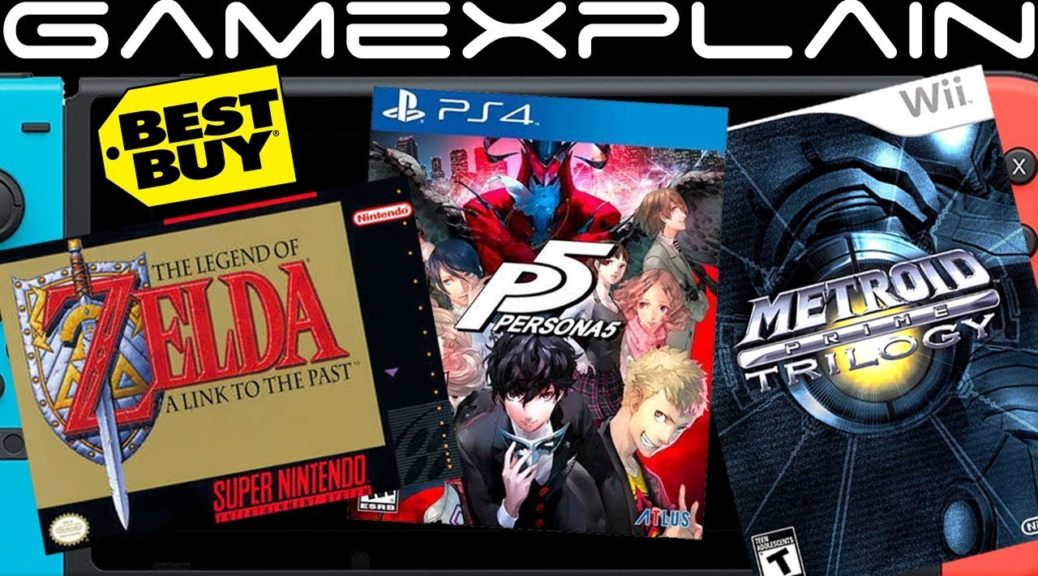 Persona 5 was just the beginning.

In a tweet from Wario64, it appears that The Legend of Zelda and Metroid have ports of their series coming to Switch.

On top of Persona 5 (Switch) being in Best Buy's employee system, there is also a listing for METROID PRIME TRILOGY FOR NINTENDO SWITCH pic.twitter.com/0vU3w4mukT

The pictures in the above tweets show that Persona 5, Metroid Prime Trilogy, and Zelda: A Link to the Past are on the Best Buy page as games listed for the Switch.

Wario64 reports that Link’s Awakening is listed in the same format and we know that this game is definitely arriving on Switch this year.

But there isn’t a complete confirmation of this happening so for the moment this is only speculation.

We’ll bring you updates as soon as we receive them.