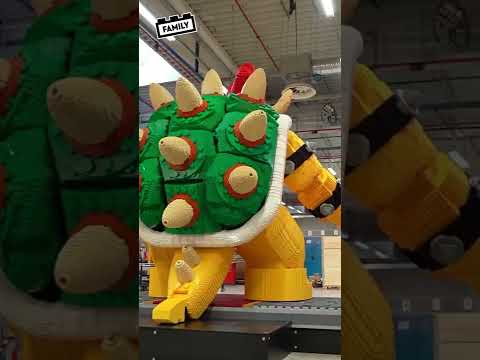 A few months back at Comic-Con, Nintendo and LEGO put up a “King-Sized” 14 foot tall  LEGO King Bowser statue to commemorate the announcement of the associated LEGO figure.

Now, to coincide with the actual release of the figure, LEGO has released a behind the scenes video showing off how the figure was put together. This includes the design stage of planning the construction, followed by the actual building process. The figure itself required 3,290 hours to put together, comprising 663,900 bricks.