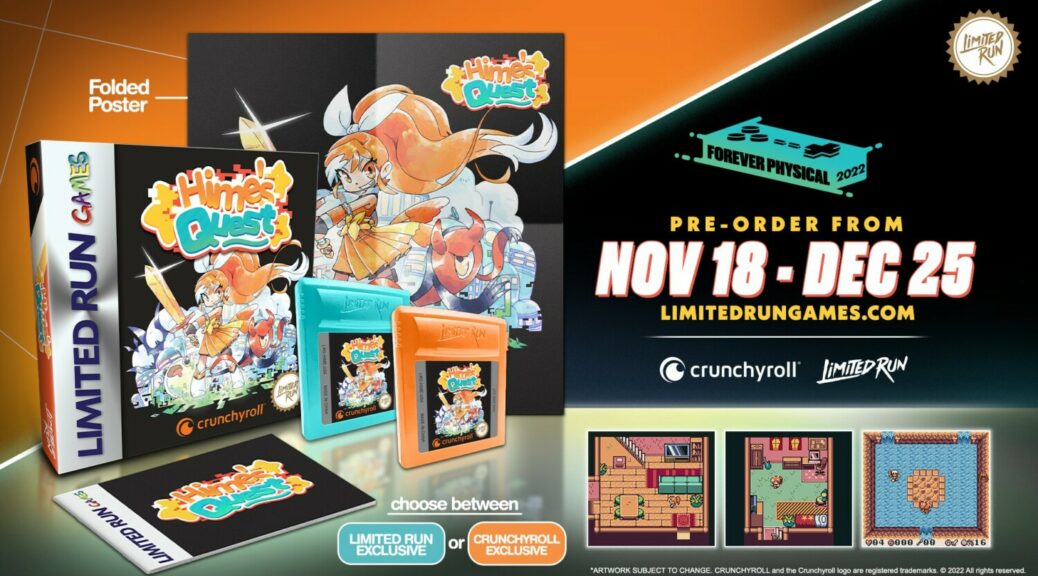 Crunchyroll has announced Hime’s Quest, a brand new 8-bit action adventure game which will be heading to both Game Boy Color and PC browser. While the PC browser version will launch for free in December, a physical Game Boy Color release of the game is now up for pre-order via the links below:

Take control as Crunchyroll-Hime to save the anime club from Y2K in her first-ever video game: Hime’s Quest. Set in 1999, something electric is in the air. A malevolent force has crept into New Crunchy City, wreaking havoc on its technology, and tragically destroying the Anime Club’s precious DVD / VCR combo player. Can you root out the dastardly cretin brazen enough to ruin their meeting?