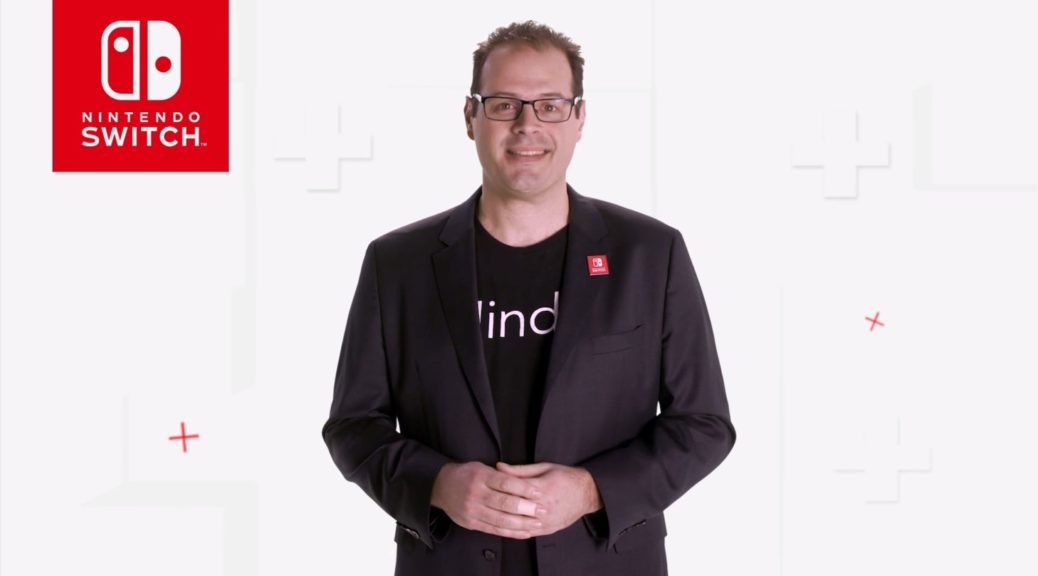 Nintendo’s head of partner management Damon Baker will be moving on to explore new horizons in the game industry.

The executive announced via Twitter today that he would be exiting the company, after 12 years of working there. While not as prominent as Reggie or Bill Trinen, fans may recognize Baker as a prominent promoter of independent games on Nintendo’s Nindie Showcase videos.

Baker posted the following message, in lieu of his farewell: 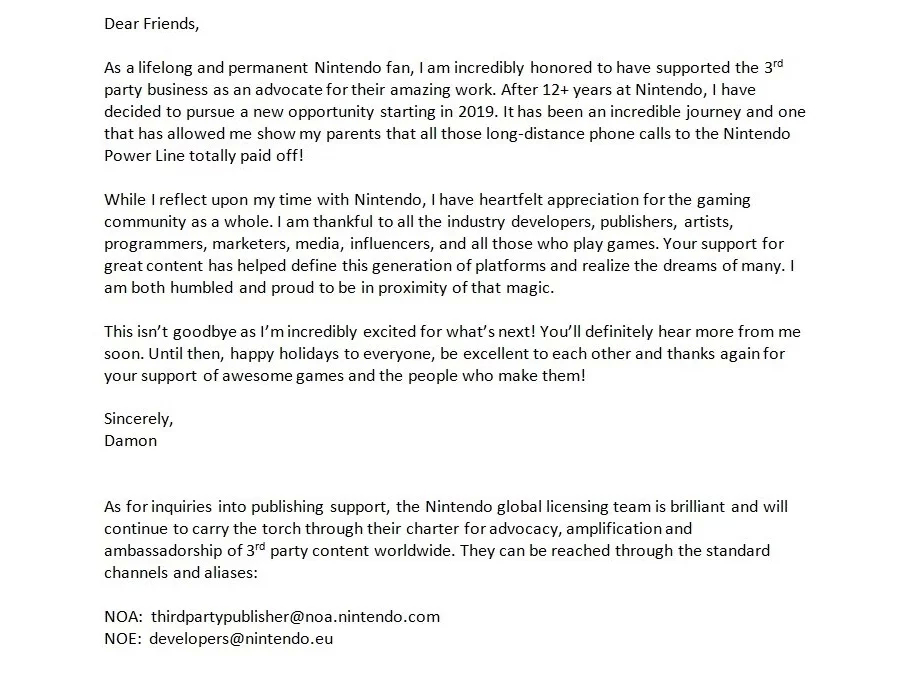 Without Damon, Nintendo’s fuzzy relationships with independent developers might not be as tight as they are today. Here’s wishing him all the best for his future ventures!