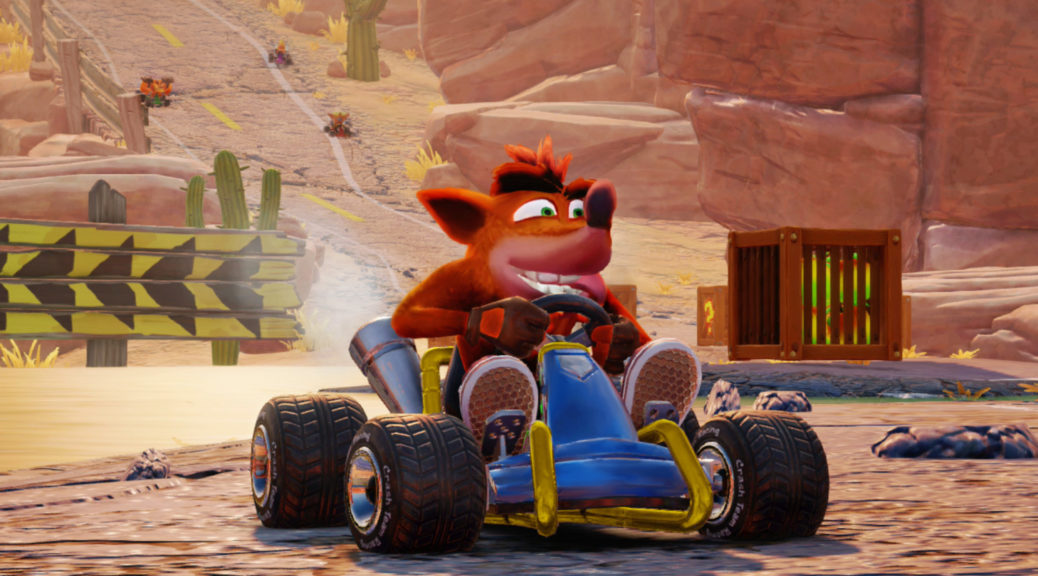 On the official Nintendo UK website the very first in game screenshots of the Nintendo Switch version of Crash Team Racing Nitro-Fueled have been revealed!

The game looks very similar to the PS4 version that was showcased late last year at The Game Awards.

However, there are some clear differences with the much lower resolution and lack of fur on character models similar to Crash N Sane Trilogy released on Nintendo Switch last Summer.

In the 2nd picture for example, it seems Coco is being rendered at a lower resolution than Cortex who are racing next to each other which could suggest the players models will be rendered at a higher resolution.

A while back we also reported that listings of Crash Team Racing Nitro Fueled for Nintendo Switch were mysteriously disappearing off retailers where as the other versions of the game were still set for June 21st 2019.

Well now the game has once again been listed for Nintendo Switch for the same release date as the other platforms on the official Nintendo website!

Check it out bellow: