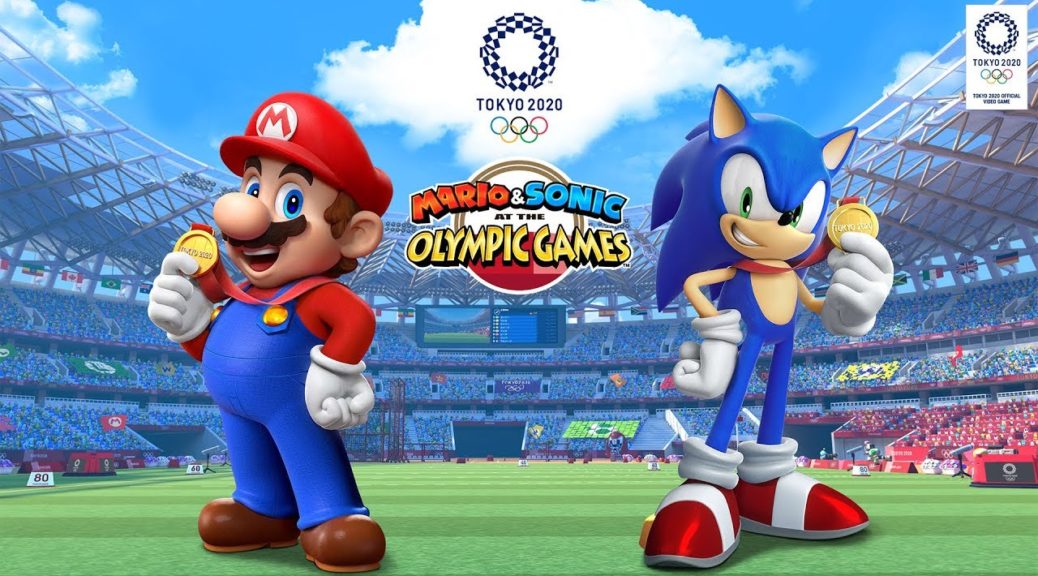 Over the last decade, the Mario & Sonic At The Olympic Games has become a tradition on Nintendo consoles with there being a new entry released every 2 years since 2007. But after skipping out on the Winter 2018 Olympics, the series is finally back and appearing for the first time on Nintendo Switch at the Tokyo 2020 Olympic Games. 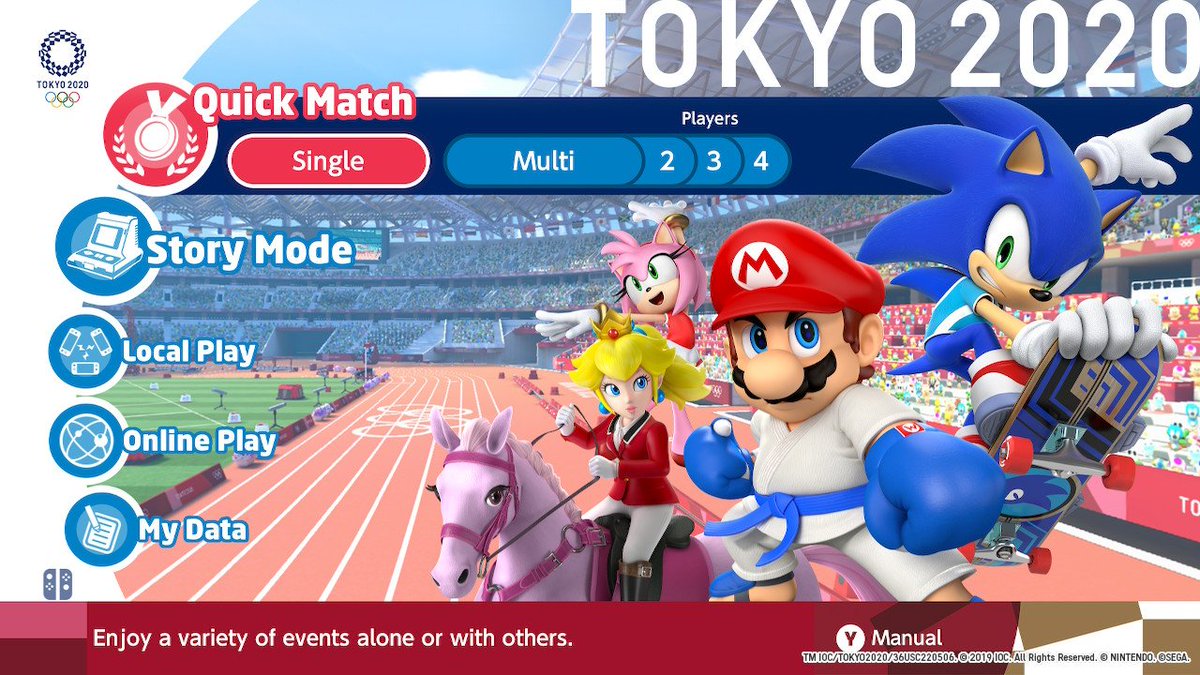 When your first start up the game, you are greeted with an amazing opening that embraces Japan’s culture with the great music in the background that is inspired by the culture and the opening also shows how the Olympics are about bringing people together. Sadly this opening is rendered in engine similar to the one featured in Mario & Sonic At The Olympic Games Rio 2016 Olympics and isn’t entirely CGI like the openings featured in other entries however the game’s great art style and visuals still do a great job of making up for that. 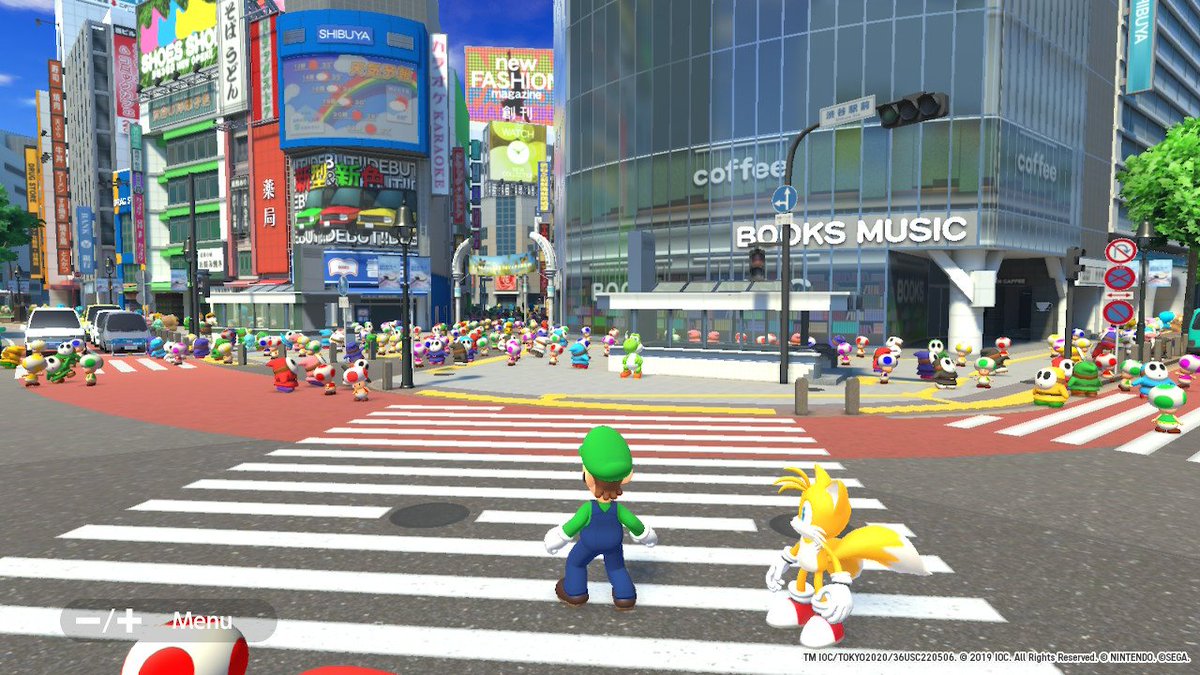 Once you get past the opening, there are a few options to choose from such as the story mode and quick matches. In the games story, it stars Mario, Sonic, Bowser, Eggman and Toad trying to escape a retro game that they accidentally got stuck in after a failed attempt from Bowser and Eggman to try and trap Mario and Sonic in there with a device called the Magikoopa. Meanwhile, Tails and Luigi then try to figure out about what happened and try to find a way to get everybody out of the game. Along the way you will meet many different characters from the Mario series and the Sonic series and you will eventually unlock them once they join your party. 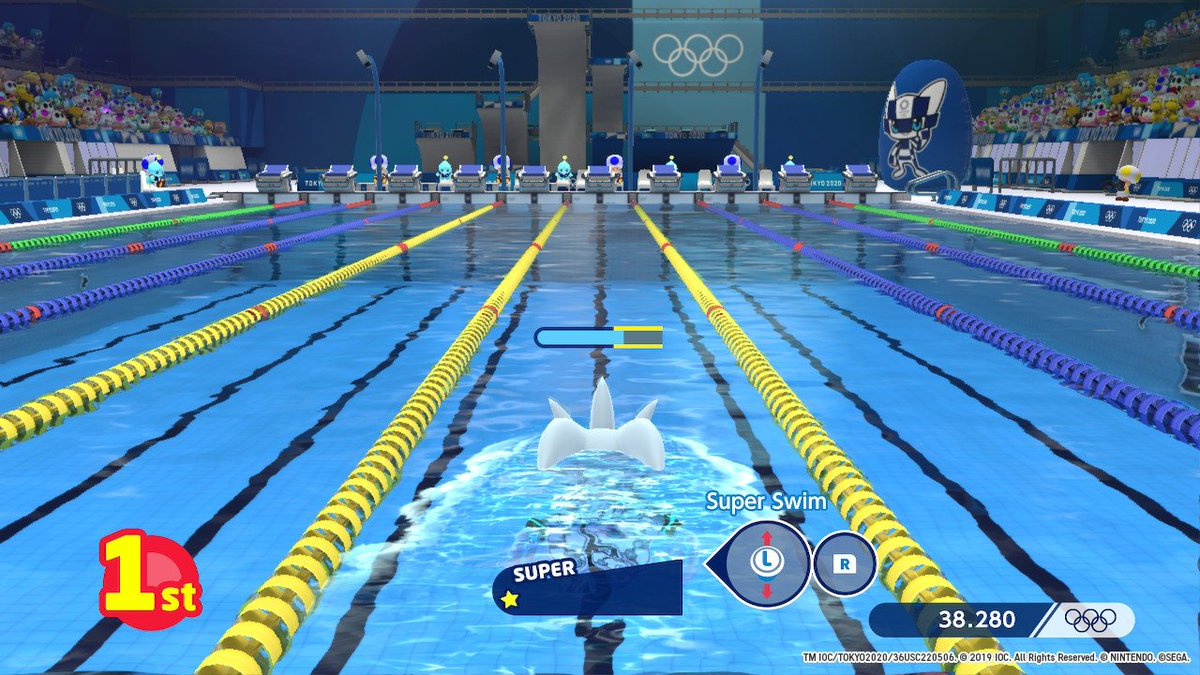 The story is told through slideshow cutscenes without any voice acting but with some minimal animations that are quite similar to the ones featured in Mario Tennis Aces. It does make the story feel like an afterthought as there are three fully animated cutscenes present throughout it. In the background of these cutscenes, the same song does play in all of them which eventually can get quite annoying. However, these cutscenes all do have some fun dialogue and interactions between characters from the Mario and Sonic series which does make up for it. 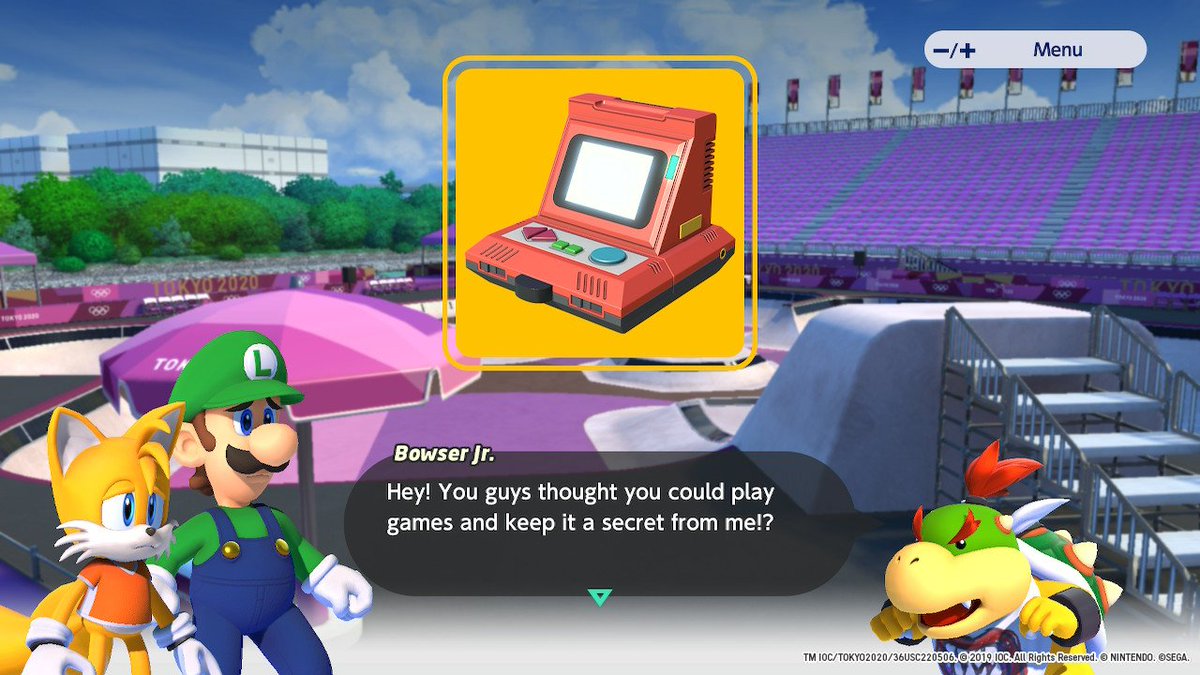 The story mode is split up in to 20 chapters in total that all together takes around 4 hours to complete. It is quite short for the game’s full price and the story’s plot does play it safe but it’s a nice bonus. The story mode does feel like it repeats itself a lot as it’s basically going to one character, challenging them in an event then they give you information on which character to challenge next for information and then it repeats. To navigate between these characters, you are given an easy to use nice looking map system that clearly shows where to go next and you can explore several beautiful hub areas where you can find some fun trivia on the Olympics, the Mario series and the Sonic series. 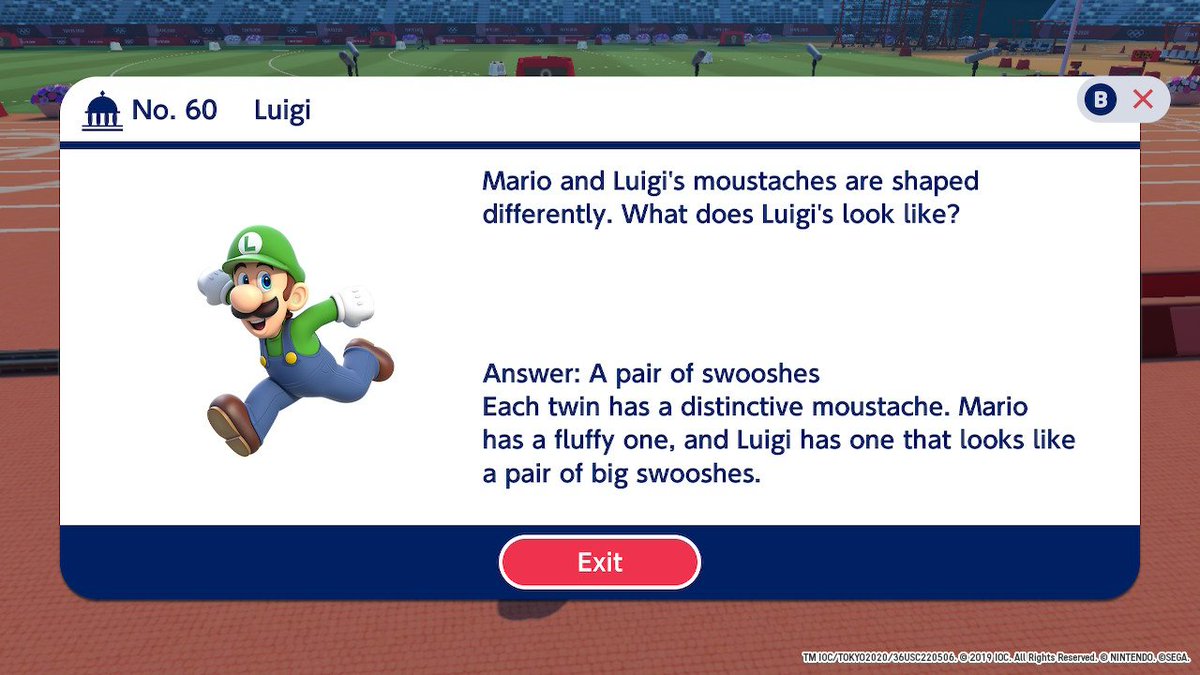 In the quick matches, there are 24 normal events and 10 Tokyo 1964 retro events you can choose from. The retro events are just 2D versions of the normal events but they are still very fun to play.  All of these events run extremely well on the Nintendo Switch with there being barely any noticeable frame drops. They support up to 4 players locally and can be played with three control options such as dual JoyCons and solo JoyCon for motion controls or even just button controls for Pro Controller and the JoyCon grip which are accompanied by a great use of HD rumble during gameplay. Sadly, there are only three dream events that include Dream Racing, Dream Shooting and Dream Karate which are the best and most creative events in the game as they use elements from the Super Mario series and the Sonic The Hedgehog series. All of these events can be played with 20 characters with even some guest characters that are exclusive to certain events. There aren’t any new characters appearing in this game which is a shame and some characters from previous entries have also been cut. 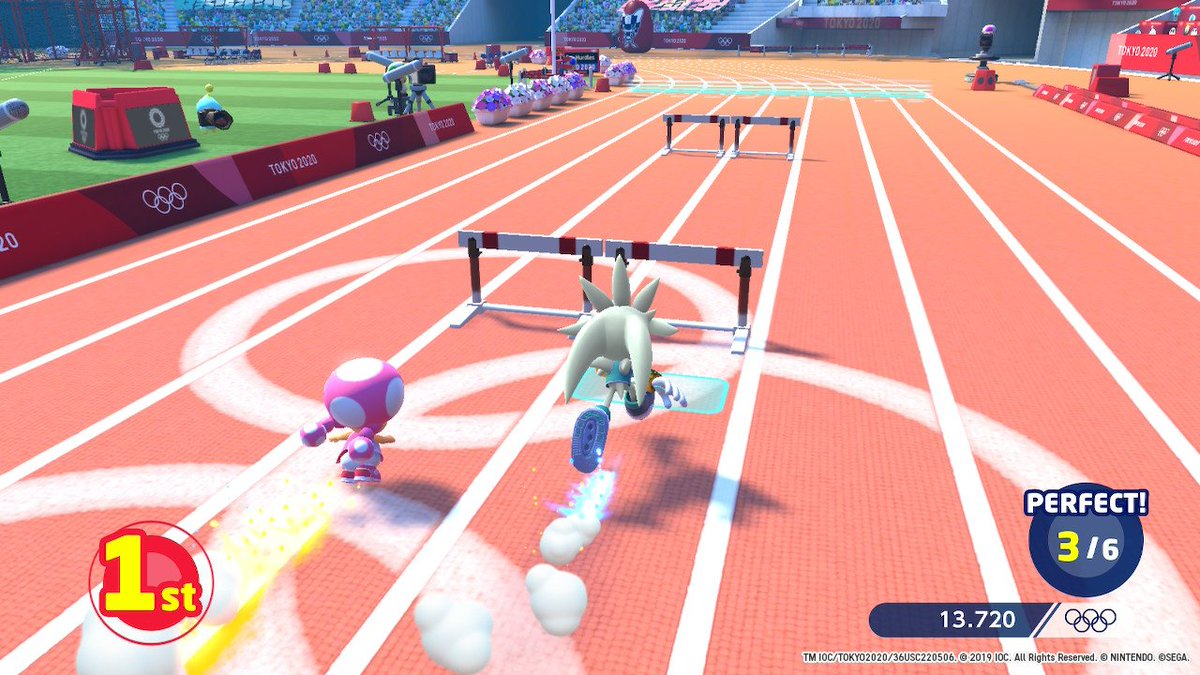 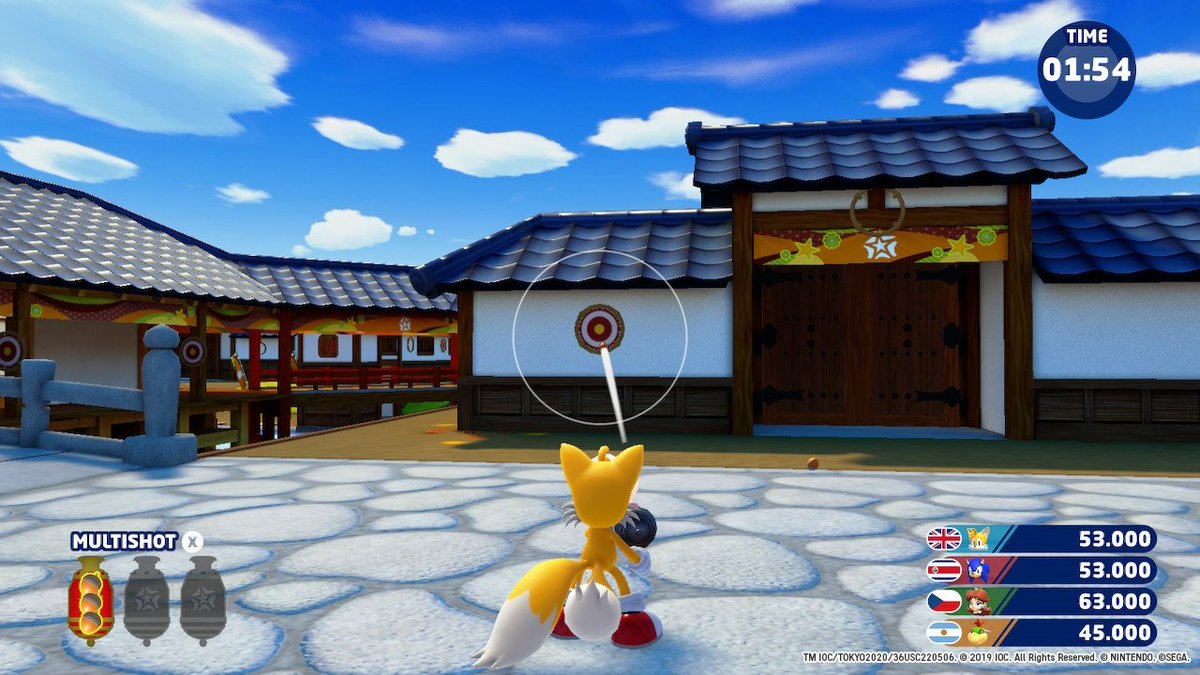 Overall, Mario & Sonic At The Olympic Games Tokyo 2020 is a great addition to the Nintendo Switch’s game library and I recommend that you should pick this game up if you would like an extra game to with family and friend or even if you are a fan of the Super Mario and Sonic The Hedgehog series. But the game’s full price at £49.99 is quite expensive for the amount of content available so I would recommend waiting for a sale before purchasing it. 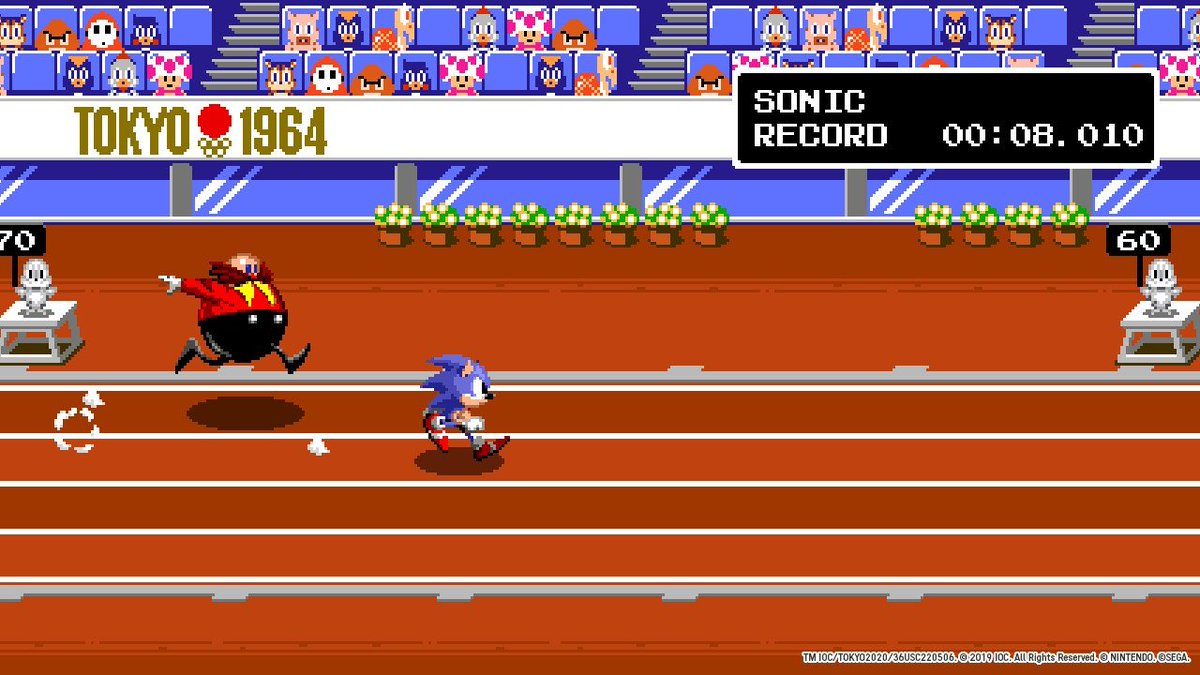 This soup is considered a delicious experience for the whole family that will last for years to come.

A review code for Mario & Sonic At The Olympic Games Tokyo 2020 was provided by SEGA for the purpose of this review.