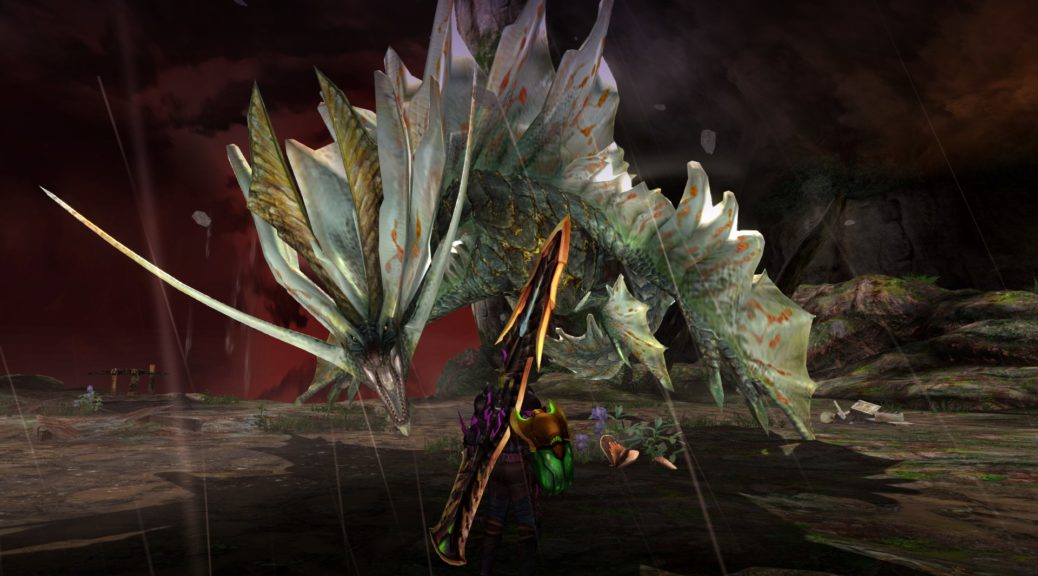 Monster Hunter Generations Ultimate has always been hunting the next big thing, carving for its loot to craft new armor and weapons and take on the next looming threat. However, the quests required to increase your Hunter Rank can be at times rather unclear and sometimes downright a hassle to figure out.

Well look no further as we have compiled the list of quests you need to clear in order to get that next rank. These quests might be a little overwhelming to handle them alone, so grab some friends and smack those monsters silly!

And of course, spoilers ahead. You have been warned. Turn back now while you still can.

Pecking Order (Yian Kut-Ku in Ruined Pinnacle)
Lost, But Not for Long (Gypceros in A. Steppe)
Surprise! (Cephadrome + Daimyo in Dunes)
Water fight (Royal Ludroth x2 in M. Peaks)
Survival of the Biggest (Giadrome + Bulldrome in A. Ridge)

That’s No Rock… (Basarios in Marshlands)
Queen of the Ruined Pinnacle (Rathian in Ruined Pinnacle)
Not Mushroom to Swing a Congalala (Congalala in Jungle)
Shadows in the Desert Lake (Plesioth in Desert)
The Next Stage of E-Volvi-lution (Volvidon + Great Macao in J. Frontier)

Urgent: Sales of Justice (Valstrax in A. Ridge)

Beware Twin Horns on the Sand (Diablos in Desert)
Deviljho Hunt (Deviljho in Jungle)
Tracing the Family Tree (Tigrex in Primal Forest)
Emergency of the Arctic Ridge (Rajang in A. Ridge)
(Unlocks next 2)
A Very Long Engravement (Galvenus + Gravios in Volcano)
A Titanic Clash (Agnaktor + Duramboros in Arena)

Urgent: Castle on the Run (Ahtal-Ka in Forlorn Citadel)