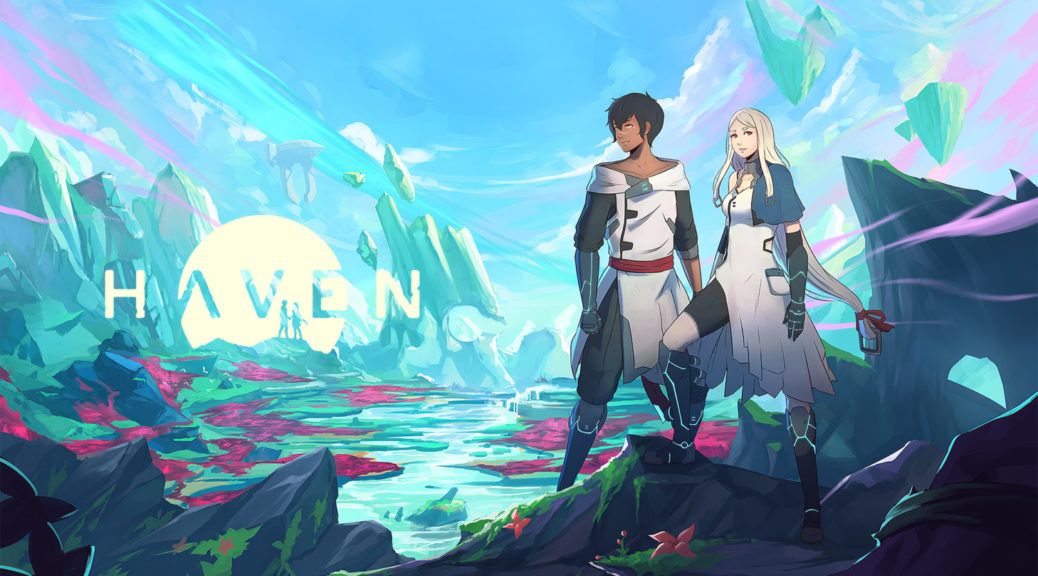 The long wait for romantic RPG adventure Haven will soon be over for Nintendo Switch gamers!

Developer The Game Bakers have confirmed that have confirmed that the game will finally be hitting the Nintendo Switch eShop on 4 February 2021. As reported previously, the game sees players in the shoes of two lovers on the run – as they fight back against foes and trials that threaten to tear them apart!

Check out the game’s launch trailer, along with the announcement further below:

Montpellier, France – January 21, 2020 – The Game Bakers is delighted to announce that Haven, their adventure about love, freedom and rebellion, will be available on Nintendo Switch and PlayStation 4 as well as on the Epic Game Store on February 4th. The game is already available on PC, PlayStation 5, XBOX Series and One.

Haven has received fantastic feedback from the players and media and has been called a “stand out from every other sci-fi adventure” – IGN, “one of the best weavings of gameplay and story” – The Gamer, “a rare combination of intimacy, tenderness, humor, and fear all in one” – Screenrant, with “one of the best original soundtracks of the year” – NME.

In Haven, play two lovers on the run, as they settle into an unknown world. Glide through a mysterious landscape, explore a fragmented world and fight against what’s trying to tear them apart. Enjoy moments of everyday life as a couple while cooking, crafting and collecting precious resources to make it to the next day. Haven is designed to be played solo, but it’s also a lot of fun in local co-op.