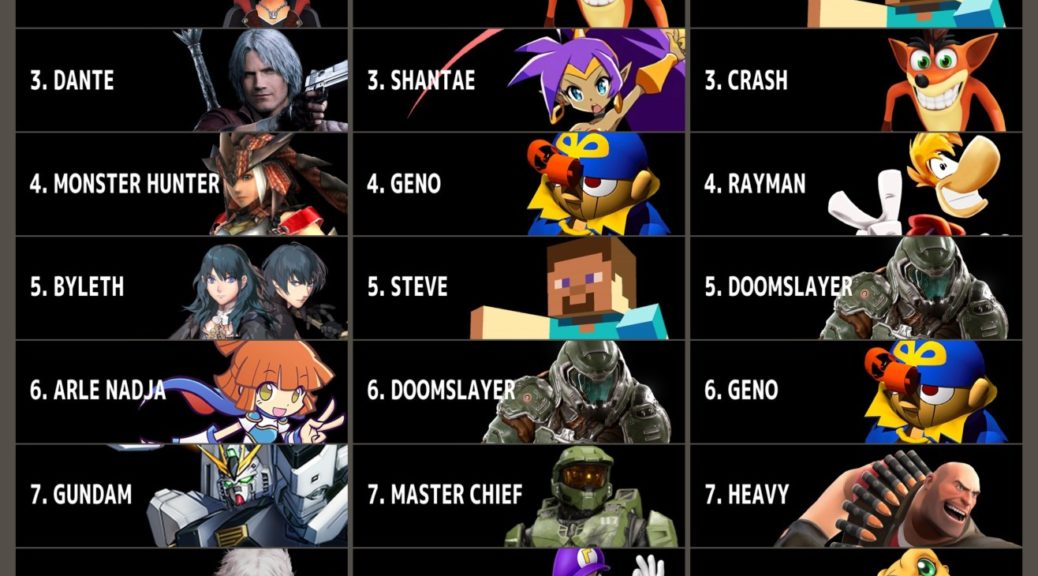 Recently, a Reddit user named zelcf created a list of the top 10 most requested characters for Super Smash Bros Ultimate based on a sample of replies to the official Nintendo Twitter accounts by region.

Do you think this is accurate? Let us know in the comments.