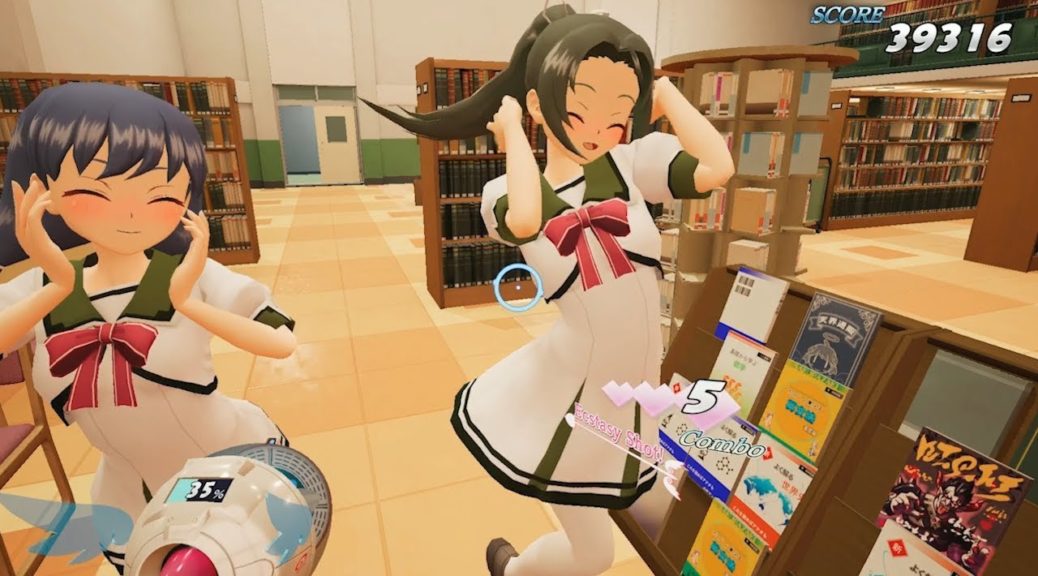 As readers may recall, Nintendo’s rival Sony has been growing more aggressive in regulating sexual content on its PS4 platform. So far, some developers have had to censor their games with hilarious light beams or cut out items to avoid Sony’s glare – and now it looks like developer Inti Creates could be entering that club in the  future.

During a recent interview with Gematsu, Inti Creates director Takuya Aizu also touched upon the future of the Gal Gun series – which allows players to suggestively incapacitate girls with the power of love. Of course, the conversation soon turned to Sony’s policies acting as an obstacle for such games, with Aizu admitting that his studio is now re-examining how to create more Gal Gun titles without running afoul of Sony.

“For Gal Gun, we have no intentions of ending the series, but as you may know things with some of the platform holders have changed recently. Right now the Gal Gun team is kind of putting their heads together and figuring out where we’re going to go from here now that changes have been made among some of the platform holders. They’re basically in the process of claiming their next move and figuring out what they want to do from here.

As you may know, Gal Gun 2 released on PlayStation 4, Switch, and Steam, so if we can still continue to do that, we would love that. But Sony’s standards for sexual content have gotten significantly stricter in recent days, so we have to see what possibilities lie ahead with that in place and what we can do with those new restrictions as we figure out a path forward.”

This sentiment is somewhat similar to those of Senran Kagura creator Kenichiro Takaki – whom eventually left his series behind due to Sony’s strict sexual content regulations. Only time will tell if Inti Creates suffers under the same kind of pressure to censor their games.

In any case, let’s hope the Gal Gun team doesn’t give up on making the games they want in the future.