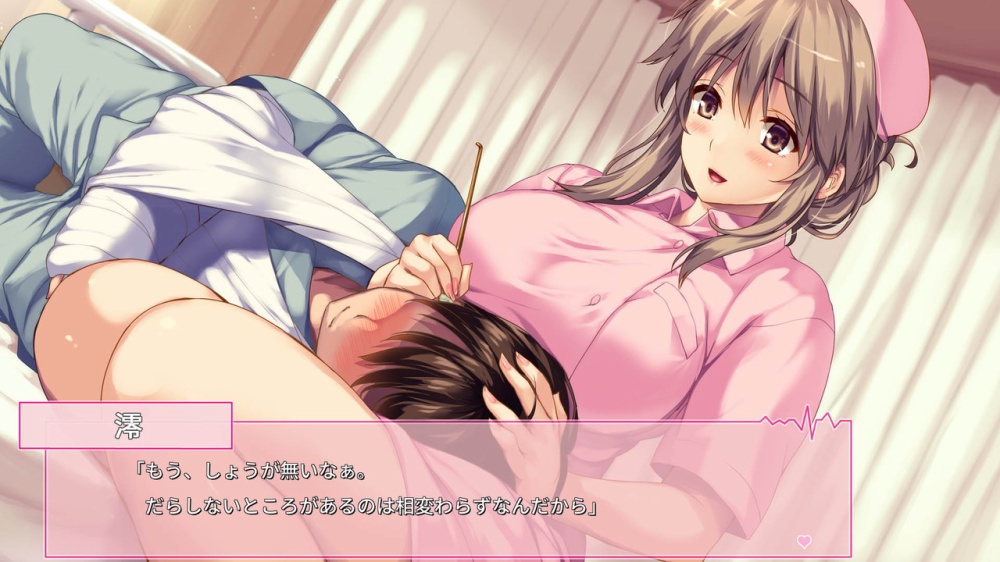 Another romance visual novel is hitting the Nintendo Switch this August!

Boku to Nurse no Kenshuu Nisshi will launch on August 29 via the Japanese eShop for 1,980 yen. It has been developed by Prekano and will be distributed by Entergram in the region.

Those who are interested may now pre-purchase the game, with a 35 percent discount. The game will require a 716MB of free space.

Here’s an overview of the game via VNDB:

On the first day of his residency at the hospital, the first step to fulfilling his dream of becoming a doctor, Takuya met his childhood friend Mio for the first time in many years. She was now a nurse and showed him around during his busy training days.

One day, he fell down the stairs while protecting her and broke his right arm and left leg. As a result, his residency was put on hold while he was hospitalized. He was placed in Mio’s ward and she felt responsible for the accident. To cheer her up, he suggested that she could take care of him whenever she has free time, to which she readily agreed. It is the beginning of a hospital love story between a medical intern and a nurse who would go above her duties to take care of him.