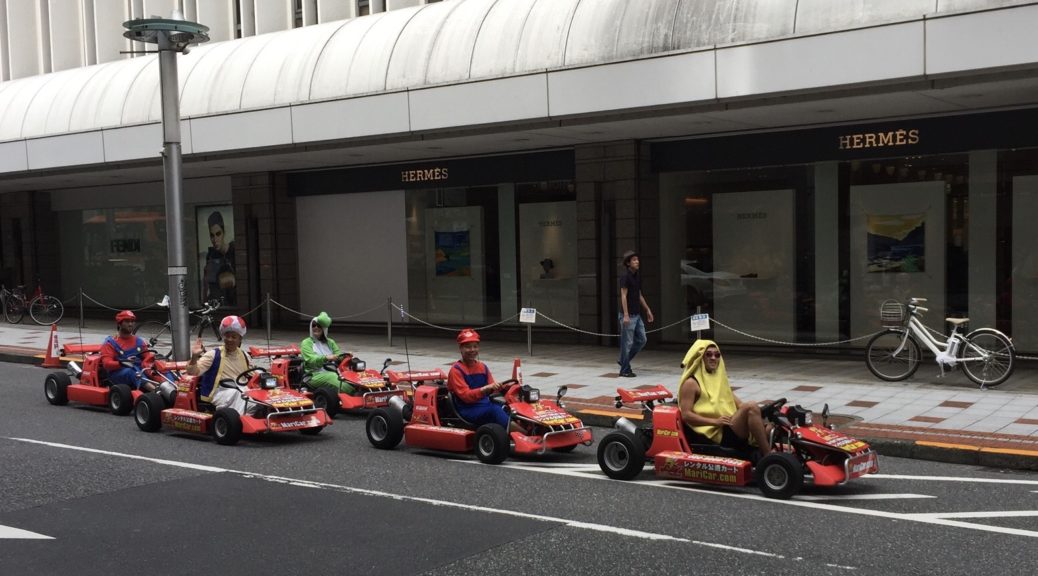 An interesting article published by the Wall Street Journal showed the daily annoyance of everyday Japanese about Mario Kart themed vehicles whizzing through their streets.

Mario Kart is superbly popular internationally. The latest installment, Mario Kart 8 Deluxe, has already estimated to sell over a million copies worldwide, become the fastest selling title in the franchise. Despite this, the everyday Japanese are less enthused about them running on the streets of Tokyo.

“They really are a nuisance,” said Akio Arinaka, a Tokyo-based taxi driver in his 60s, of the costume-clad MariCar riders. “When I see them driving close by it’s scary, especially since they drive in large groups.”

MariCar which operates the Mario Kart themed go-kart receives thousands of booking a month from its largely foreigner customer base. It relies on the relatively lax Japanese laws on go-karts to provide the self driving tour of Tokyo, though people have already start questioning the safety of the go-karts.

A spate of minor accidents, including one in which a go-kart driver hit a police station, has led to calls for tighter regulation by taxi drivers and other critics who have questioned the go-karts’ safety. Drivers aren’t required to wear seat belts or helmets, and the karts are treated similarly to mopeds under Japanese traffic laws.

At the same time, MariKart is currently hit with an IP lawsuit from Nintendo. How long more can MariCar run on the streets, no one actually knows, but from recent rumours, the upcoming Super Nintendo World in Universal Studios Osaka is said to include a Mario Kart-esque ride. Still, if you are heading into the Tokyo area any time, you can book a ride with MariCar on their website.