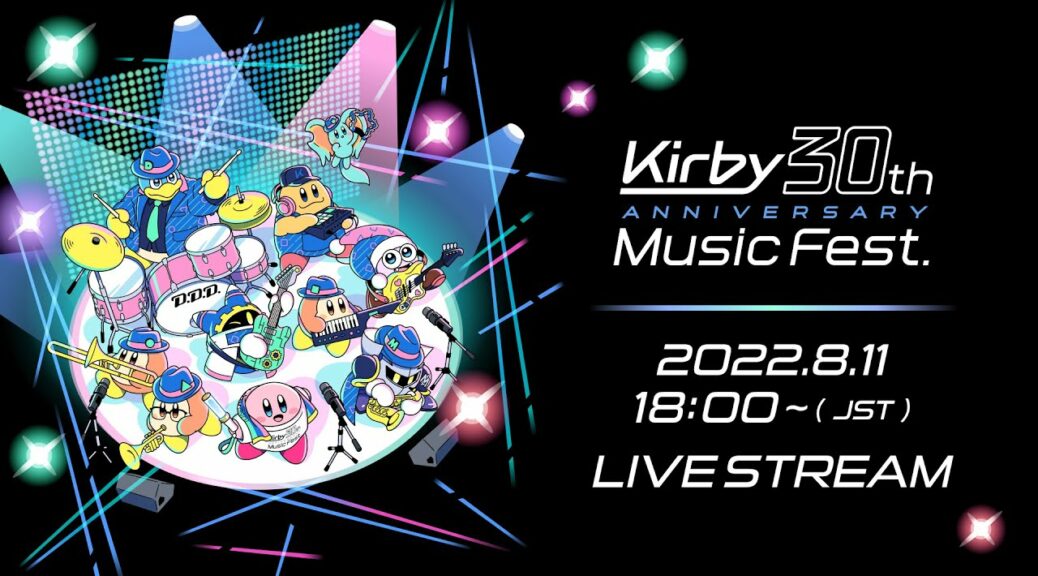 As announced earlier this year, the Kirby 30th Anniversary Music Fest is now in progress on Kirby’s official Youtube Channel.

This live broadcast is currently underway in Tokyo, although late viewers have the ability to rewind the concert stream. An archive for the concert is also planned to be posted at a later date for anyone who missed it completely.

The link to the original stream can be found below: