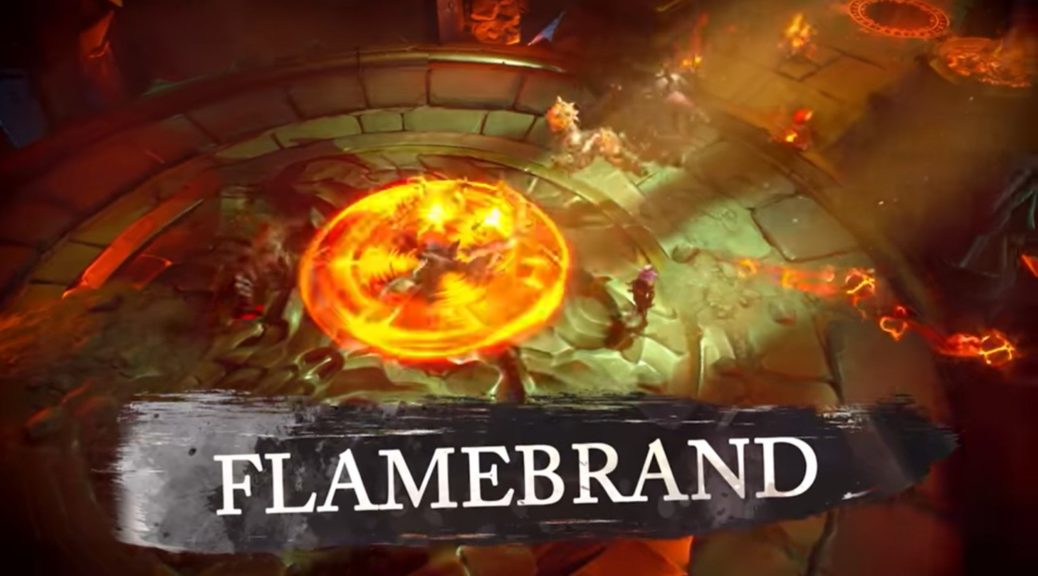 This new trailer introduces the characters’ in-game abilities, via the “Creature Core” system, which can be customized to fit the players’ gameplay styles.  The “Creature Cores” can apparently be picked up from defeated foes and bosses but will also be available at Vulgrim’s store.

Darksiders Genesis is a Diablo-style top-down RPG spin-off set before the events of the first Darksiders game. The game will launch for the Nintendo Switch on 14th February 2020.

Tailor your characters abilities to match your personal playstyle with the “Creature Core”-system!

In Darksiders Genesis, both Horsemen begin with a variety of different attacks but will gain access to more devastating and fascinating ways to smash demons on their journey through hell. “Creature Cores” can be picked up afters slaying enemies and bosses and are also available for purchase at Vulgrim’s store in exchange for souls.

The “Creature Core”-system allows the player to shift the balance between the different playstyles of War and Strife. Would you like to increase your attack power or add a lava trail to your dashes? Would you like a chance to spawn a hellhound whenever you attack or do you want to increase the amount of health & ammunition your enemies will drop?

Darksiders Genesis will be available on PC and Google Stadia on December 5, 2019 and will be coming to consoles on February 14, 2020.