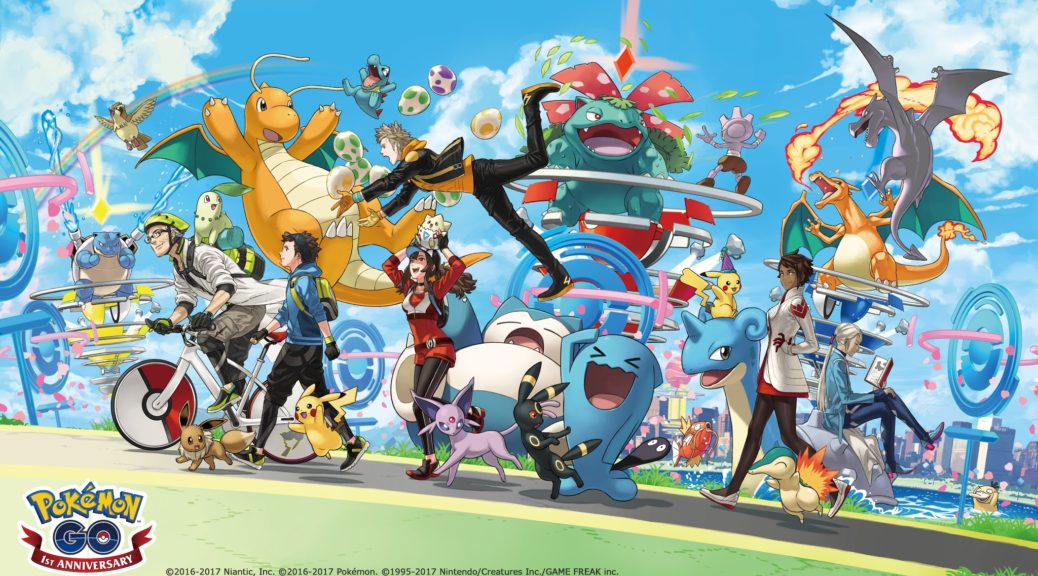 In a blink of an eye, the international hit Pokemon Go is now one year old. Since released a year ago, Pokemon Go has earned 5 Guinness World Records and downloaded over 750 million times.

It’s hard to believe that Pokémon GO launched just a year ago, and what an amazing year it’s been! Since joining us last July, you’ve demonstrated the true power of Pokémon GO and augmented reality gaming by searching for Pokémon in the real world, exploring on foot, building new friendships, and discovering new places right in your own neighborhoods. Throughout this incredible journey, you’ve caught over 125 billion Pokémon and made countless memories along the way. But there are many more adventures still to come.

Just a few weeks ago, the one-year anniversary celebration kicked off with a bang. You and millions of other Trainers went outside to battle in revamped Gyms and participate in Raid Battles with family and friends for the first time, but this was only the beginning of an action-packed couple of months. The celebration continues with a special Pikachu wearing a familiar hat appearing all over the world. From July 6 at 1:00 P.M. PDT to July 24 at 1:00 P.M. PDT, Pikachu discovered in the wild will be wearing Ash’s famous hat from the Pokémon animated series, so make sure you don’t miss out on your opportunity to catch one! You’ll also be able to stock up for Raid Battles and the events ahead with the special limited-time Anniversary Box, which will include Incubators, Max Revives, Ultra Balls, and Raid Passes at a discount in the in-game shop.

Stay tuned for even more exciting news over the coming weeks, including additional information on Pokémon GO Fest Chicago this July, events hosted at select Unibail-Rodamco locations this August and September in Europe, and Pokémon GO events at the Pikachu Outbreak in Yokohama, Japan, this August!

Over the last year, Pokemon Go has evolved and improved considerably. Just a few weeks ago, the revamped Gym and Raid Battles provided a fresh new experience for trainers young and old.

Not resting on their laurels the Pokemon Go team also promises more exciting news coming over the following few weeks, so stay tuned.