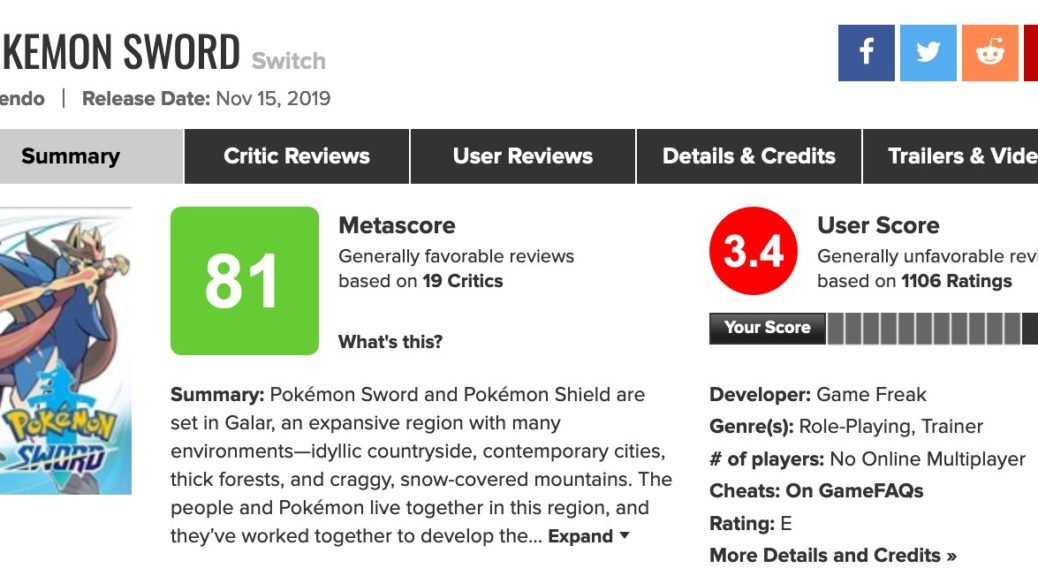 Pokemon Sword and Shield have been review bombed by users on review aggregator Metacritic.

The game received 1111 reviews from users. 783 reviews are negative, 267 are positive, and 61 are mixed. The tsunami of negative reviews dragged down the game’s user score to 3.4 out of 10.

Those who review bombed the game gave it 0 out of 10. They claimed they were disappointed by the game because it was a “rushed job”, “underwhelming for Nintendo Switch”, and “the worst entry of the series”. This isn’t the first time a Nintendo Switch game was review bombed – the same thing happened with FIFA 20 and Astral Chain this year. It’s possible Metacritic will remove these reviews in the future.

You can find all the user reviews here.