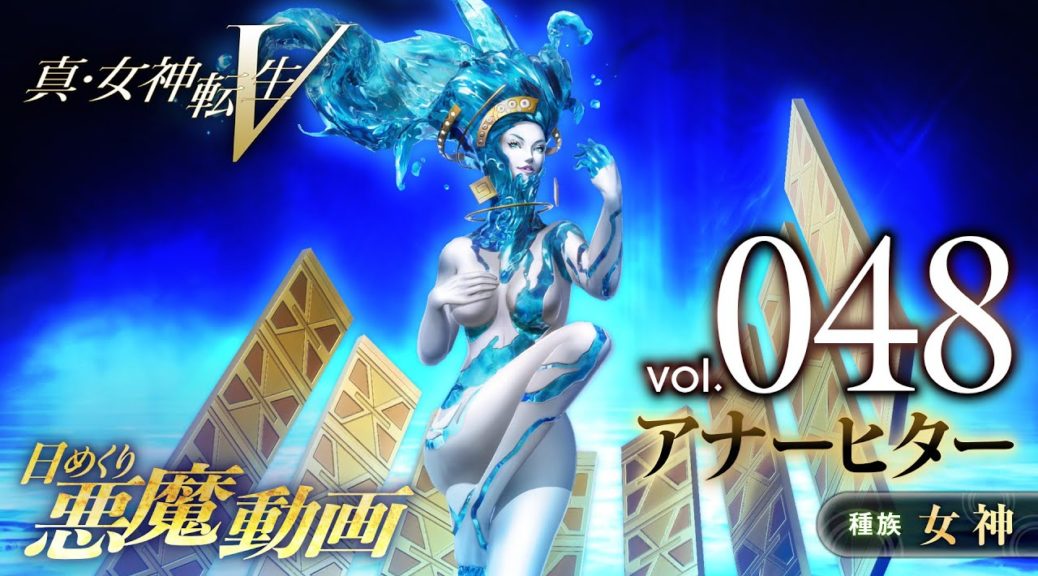 Today’s episode focuses on the megami Anahita, showing off her design for the game along with her moves. You can watch the video below, along with an English translation posted by Zeruel4891 in the comments.

A goddess of Zoroastrianism and Persian myth who governs over rivers and bodies of water. She is described as a noble and beautiful maiden, but at the same time depicted as a goddess of war riding a four horse chariot to defeat demons and tyrants.