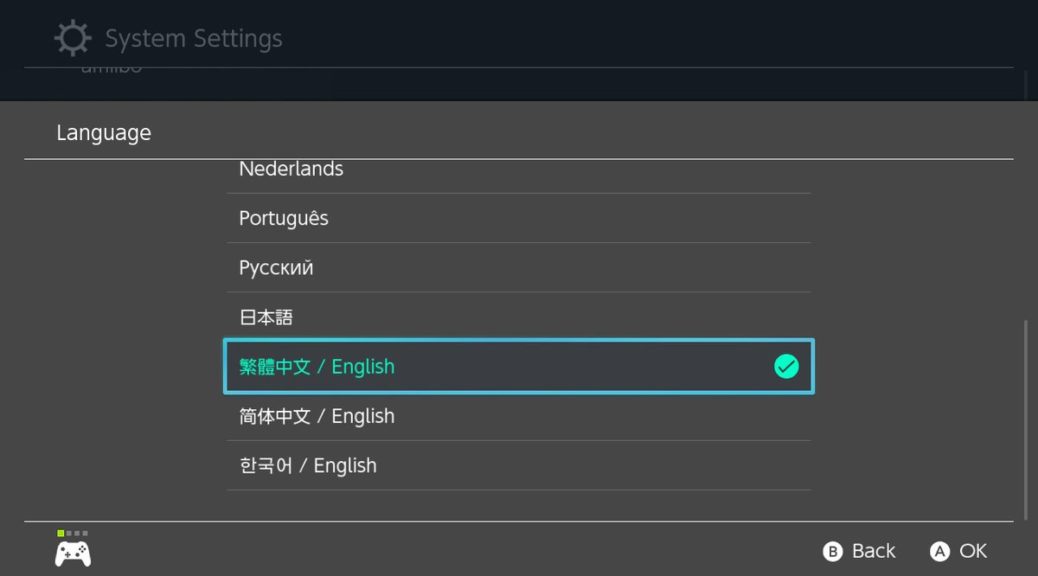 The biggest update to Nintendo Switch has arrived today, and along with it came with Korean, Traditional Chinese, and Simplified Chinese support.

Unlike other language options on Nintendo Switch, Nintendo did an absolutely horrible job with all three languages. According to this screenshot taken by Twitter user Akodysseyhome, selecting Korean or Chinese will only change the language of games that support those languages. The Home Menu and other important features will continue to be displayed in English.

It’s unclear why Nintendo decided not to fully support all three languages, given that they have done it before on Nintendo 3DS. Perhaps they will add full Korean and Chinese support in the future, but time will only tell if that happens.