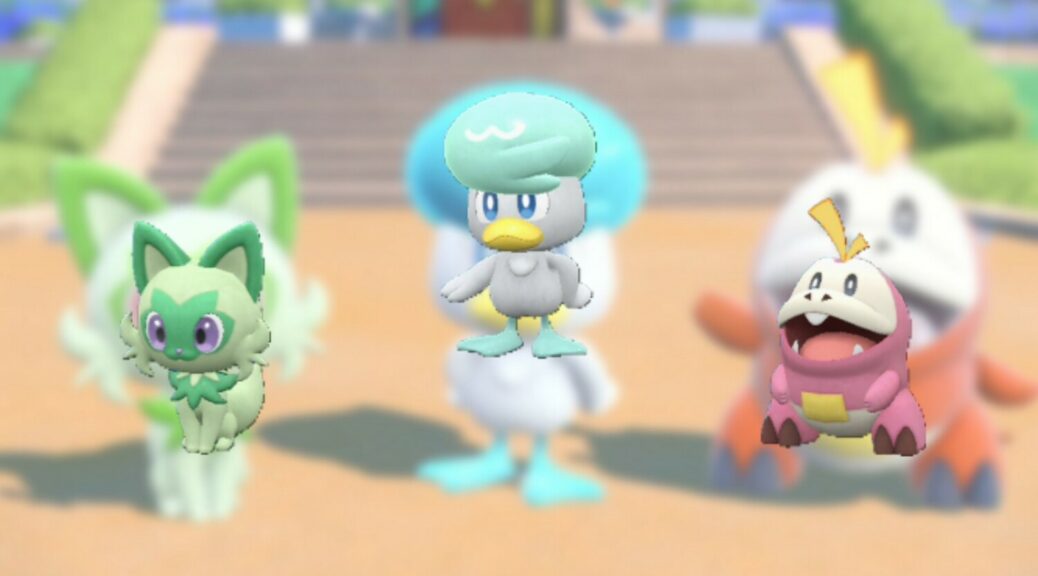 Aside from their unique colorations, one of the biggest draws of owning a Shiny Pokemon is the fact that they are extremely rare and difficult to find.

Although Shiny Pokemon are difficult to come across, Pokemon games have always had a number of in-game mechanics to make catching Shiny Pokemon easier, and many of these methods make their return in Pokemon Scarlet And Violet, along with one new one.

Below, we will go over some useful tips and pointers for Shiny Hunting, some of which are unique to Pokemon Scarlet And Violet.

What Is The Base Shiny Rate?

The base rate of finding a Shiny Pokemon in Pokemon Scarlet And Violet is about 1 in 4096, the same as in past games. This means that on average, players will only encounter a Shiny Pokemon once in 4069 encounters. Although this used to be a daunting figure, the shift to overworld encounters has made it a lot easier for players to encounter and spot Shiny Pokemon in the field, provided they have a keen eye.

As with Pokemon Sword And Shield the coveted “Square Shiny” returns in Scarlet And Violet. It seems that the rates for Square Shinies is the same as that previous installment.

In this guide, we will only be focusing on improving the base rate of obtaining a Shiny Pokemon (1 in 4096), as current methods to improve Shiny Rates only affect this base figure.

You can view all of the Shiny sprites for Scarlet And Violet‘s new Pokemon by watching the video below. Be warned, as the video contains spoilers for the full Pokedex. Do not watch the video unless you are comfortable being spoiled on the Shiny colors!

It should be noted that all three Starter Pokemon as well as the Legendary Pokemon are Shiny Locked, meaning players cannot use the soft-reset method to get their Shiny versions.

The first method to improve your shiny rates across the board is to obtain the Shiny Charm. This is a key item that has appeared in many Pokemon games, which increases the chance of running into a Shiny Pokemon by 300%. Using the Shiny Charm alone, the chances of encountering a shiny rise to 1 in 1365.33.

Similar to the previous games, players can only receive the Shiny Charm after completing the Paldea Regional Dex. Once they have, the Shiny Charm can be picked up from Professor Jacque in a classroom at Naranja/Uva Academy.

The second returning method to obtain a desired Shiny Pokemon is to breed using the Masuda Method. The Masuda Method is a technique attributed to Game Freak’s Junichi Masuda, who was the first to hint at its existence on his blog during the release of Pokemon Diamond & Pearl.

This method basically involves breeding two Pokemon that come from games with different languages (e.g. a Japanese Ditto with an English Sprigatito). Breeding Pokemon using this method increases the odds of encountering a Shiny by 600%, whereby:

With Shiny Charm > 1 in 512 chance of shiny hatched from an egg.

With the changes to breeding, Masuda Method hunting is likely to be a lot easier than past titles in the franchise. You can read our Breeding Guide for more details.

The third method to improve Shiny odds is to hunt in Mass Outbreaks. A returning feature from Pokemon Legends Arceus, Mass Outbreaks are special events in the games where a specific Pokemon appears in large numbers somewhere on the overworld. Each day players will see a different set of Mass Outbreaks on their world map.

Upon entering a Mass Outbreak, players can increase their Shiny chances for Outbreak’s Pokemon by capturing or fainting them one by one. The increase in Shiny chance will be as follows:

Players can choose to defeat the Mass Outbreak Pokemon using the Let’s GO feature. Should a Shiny Pokemon spawn, the player’s Pokemon will refuse to attack it unless specifically ordered to do so using the “R” button.

The final method to improve Shiny odds is to use Sandwiches. After finishing the main story, players will be able to earn special ingredients called Herba Mystica in Terastal Raid Battles. These can be used to make sandwiches that increase the odds of encountering a Shiny of a specific type. The recipes for these sandwiches are as follows, via TTiN 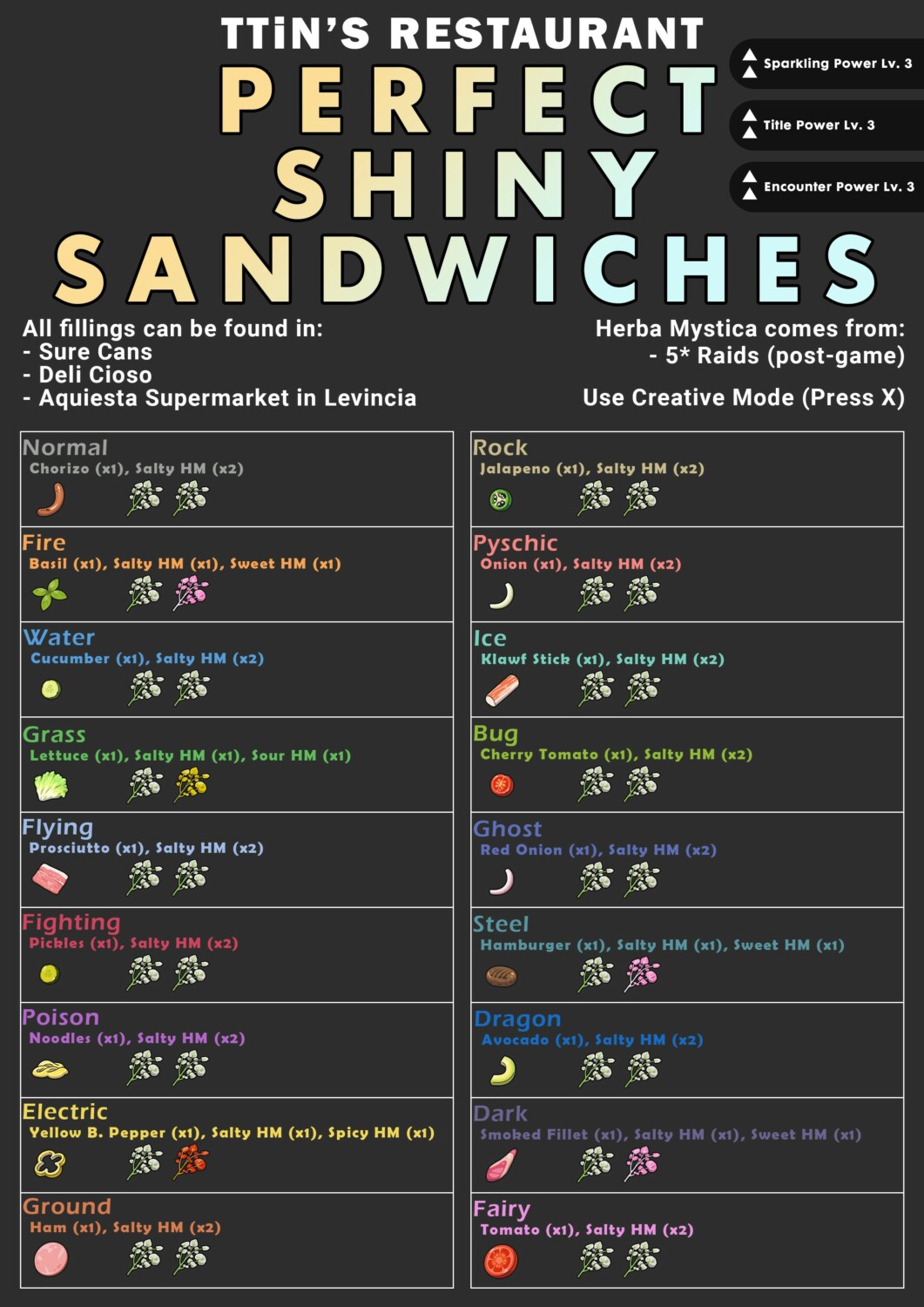 The improvement in rates from using Shiny Sandwiches are as follows:

As you can see, in order for the Wild Encounter Shiny Rates to be as low as the Masuda Method, players will need to defeat 60+ Pokemon in a Mass Outbreak after also having eaten a Shiny Sandwich. This means that once again, the Masuda Method remains the easiest method to obtain a Shiny Pokemon of the player’s choosing, requiring the least amount of potential set up and work.