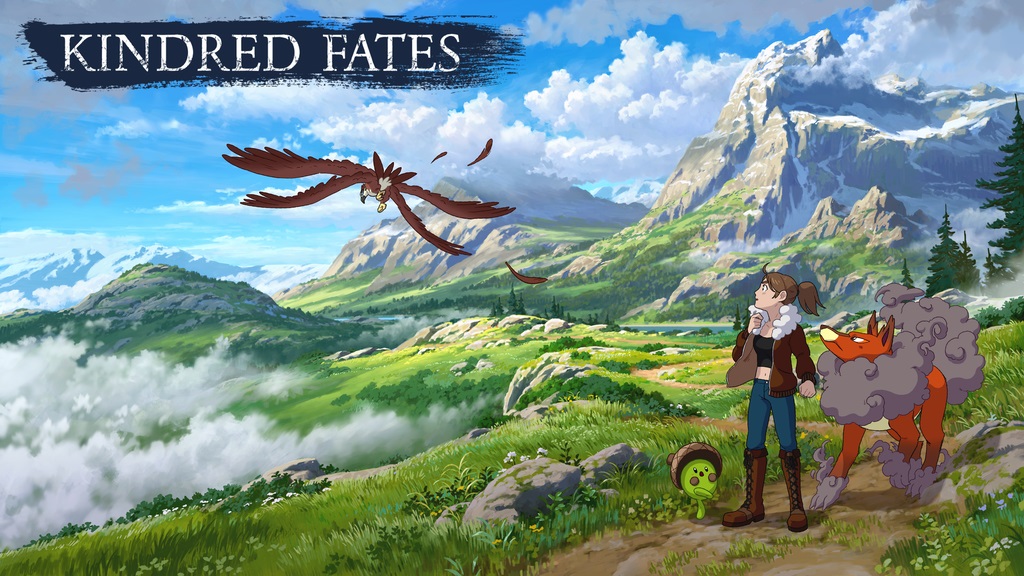 Hoping for more monster-raising alternatives to the popular Pokemon franchise to hit Nintendo Switch? Well, one indie team is now working to make that a reality!

Skymill Studios recently opened and successfully crowdfunded a Kickstarter campaign for their debut project Kindred Fates – an open-world RPG that features its own variety of adorable and cool companion creatures (called ‘Kinfolk’) that the player can collect and evolve. They originally required $50,000 for a basic Steam release, but have since managed to achieve a stretch goal of $150,000 to pursue a Switch port as well!

But the game won’t be a mere clone of Game Freak’s own popular franchise. For starters, the developers have teased branching evolution paths for all of the Kinfolk in Kindred Fates – and the battle system is real-time as opposed to being turn-based. Customization features such as player appearance and house decorations have also been promised in the campaign details.

If you want to learn more, check out the Kickstarter page over here or catch the trailer below:

What do you think? Interested to pledge to this project as well? Does it add an interesting spin on the Pokemon formula? Feel free to share your thoughts below!