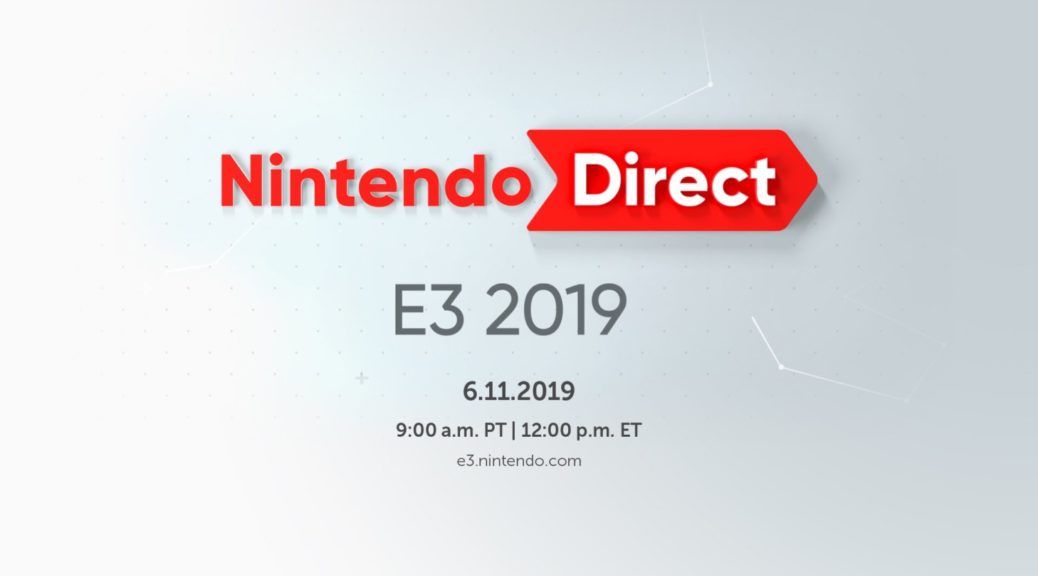 Expect lots of Switch titles to be presented during Nintendo’s E3 2019 Direct set to go live on June 11, 9AM PT/12PM ET!

Just recently, Nintendo of America has officially announced they’ll be showcasing about 40 minutes of information presenting incoming Switch games all releasing within the year.

This aligns with Niconico’s announcement on their official page, confirming also previous rumors.

Don’t forget to tune in to #NintendoDirect | #E32019 Tuesday at 9am PT for a video presentation featuring around 40 minutes of information about upcoming #NintendoSwitch games releasing in 2019!

Watch the Nintendo Direct E3 2019 below: