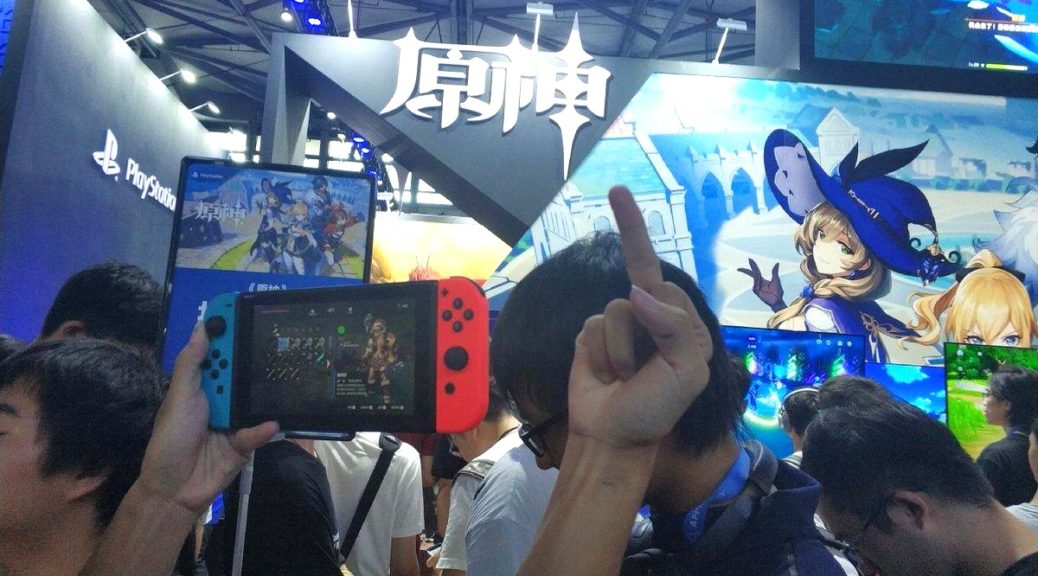 Previously, we reported on some unhappy voices in China crying out against the PS4 title Genshin Impact. Chief among those complaints was that the game had many eerie similarities to Nintendo’s The Legend of Zelda: Breath of the Wild – with one fan even getting a little violent at the ChinaJoy event about it. Well, it turns out he wasn’t alone.

Recently, more photos of the ChinaJoy exhibition for Genshin Impact have emerged. In particular, they show Nintendo Switch fans banding together in dissent against the game and its console publisher Sony. As you can see below, many of them are even giving the game’s booth the finger and openly raising up their Switch consoles in disdain.

Seems he wasn’t the only one protesting.

Of course, this probably won’t make a real dent in the game’s sales on PS4, PC, and smartphones. Regardless, it’s certainly eye-opening to witness how passionate Nintendo fans in China can get over their favorite franchises!

As a disclaimer, NintendoSoup does not endorse or condone any violent actions against developers or publishers. We’ll report back if anything interesting develops about this situation surrounding Genshin Impact. Stay tuned.