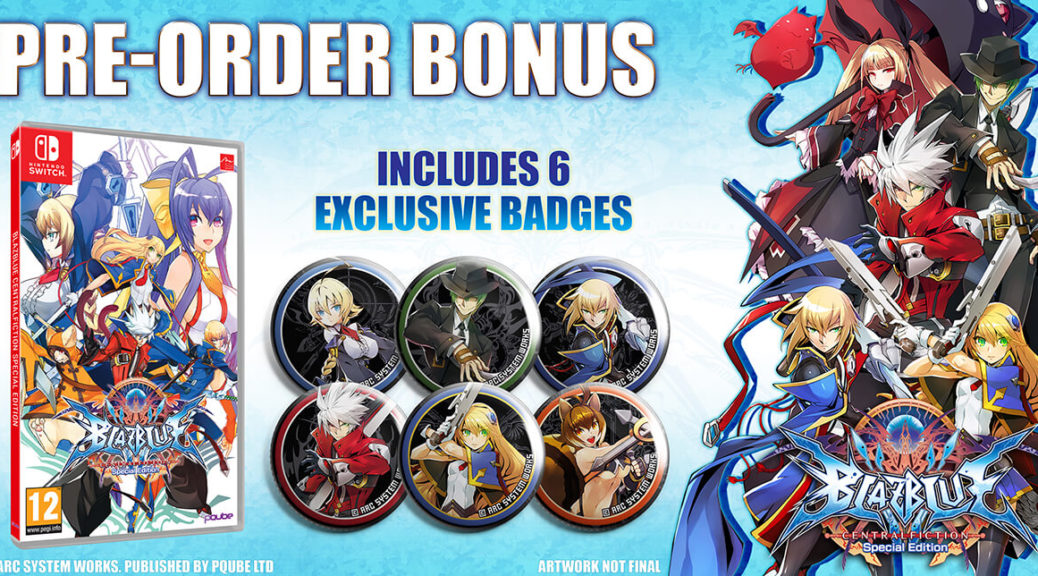 Today, PQube and Arc System Works have revealed the BLAZBLUE CENTRALFICTION Special Edition pre-order bonus fans will get in Europe.

Accordingly, placing a pre-order of the game in Europe will net you an exclusive set of 6 pin badges. These six badges feature some of the series’ most iconic characters: Es, Hazama, Jin Kisaragi, Ragna the Bloodedge, Noel Vermillion and Makoto Nanaya.

However, they will only be available if you pre-ordered from participating retailers: GAME UK, Micromania World of Game Switzerland, Gameware Austria, GAME SPAIN. 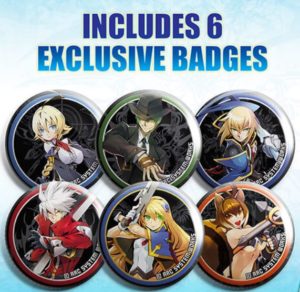 Meanwhile, those who pre-ordered from RICE Digital will instead get an adorable chibi Ragna the Bloodedge keyring. BLAZBLUE CENTRALFICTION Special Edition will launch physically and digitally on 8th February 2019 in Europe and on 7th February 2019 in North America via eShop. 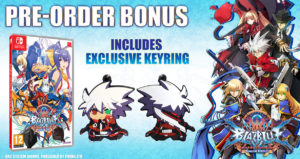