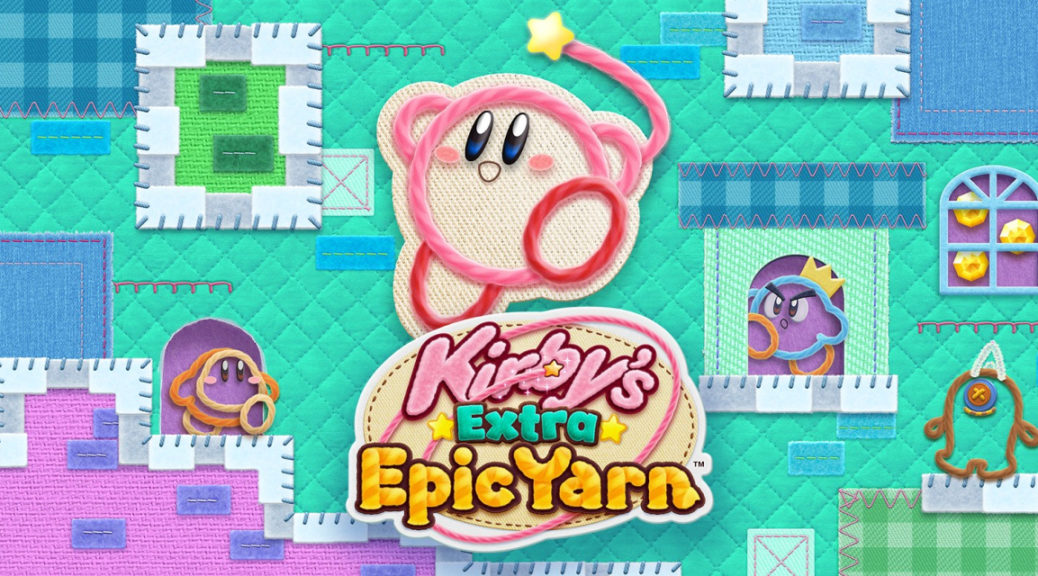 Later this month, Kirby’s Extra Epic Yarn will be releasing on Nintendo 3DS with it being a re-release of the Wii 2010 classic Kirby’s Epic Yarn!

In an interview, the producer of Kirby’s Extra Epic Yarn explained why Kirby does not have many of his normal traits such as his inhale ability with it being a “yarn game” first over a Kirby game.

Check out a snippet of the interview below:

“When discussing designs for a new action game, we often start with the player’s abilities, but for this project we took a different direction and started to discuss and pitch ideas from the structural and environmental perspective. From there, we figured out how the world would play by going over things like what the world would be like if it was made of yarn, how that would differ from a normal world, and whether there’s anything that can be done only because of the yarn.

In response, we created the basic ‘pulling’ ability for the yarn characters. We thought that this would fit the game, so we consulted with HAL Laboratory about Kirby’s ability in this game being to pull, rather than inhaling. HAL Laboratory understood that the hollow stomach meant air would just leak out even if inhaled, and kindly accepted our proposal.”

In conclusion, they say that in yarn Kirby inhaled an enemy they would just fall out his stomach as it would just be hollow!