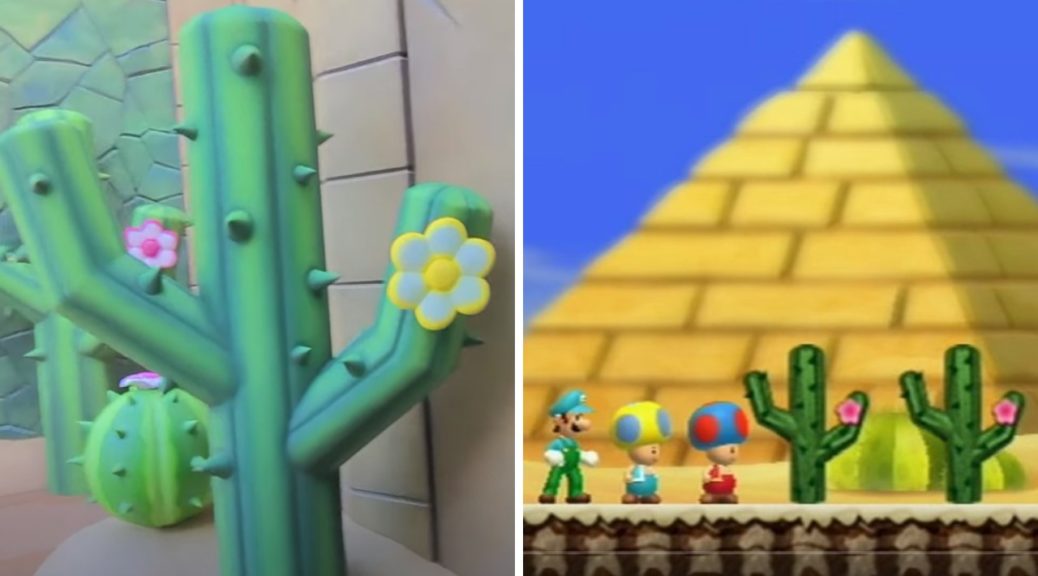 As most Nintendo fans will know by now, the company can get pretty aggressive against fan games and mods of its franchises. Ironically enough, however, it looks like one such unofficial fan work may have unknowingly snuck its way into one of Nintendo’s largest projects instead!

As seen in the comparison above, observant folks have recently noticed that some cactus props at Japan’s Super Nintendo World theme park bear an uncanny resemblance to fan-made assets from “Newer Super Mario Bros. Wii” – an unofficial fan mod from 2013. It’s pretty hard to argue against the similarities, especially since they share the exact same angular shape with one small flower each!

This cactus design certainly doesn’t appear to be from the original New Super Mario Bros. Wii or any other Super Mario games to date – further implying that Universal Studios Japan or the park’s designers may have possibly taken reference from images of the “Newer” fan mod by mistake. If so, it remains to be seen if the park’s designers will change these cactus props in the future.

Here’s the thread discussing this observation below:

Wow. I actually think Super Nintendo World's designers used art from Newer Super Mario Bros. Wii (a NSMBW mod) as a reference for their cacti. They have a somewhat distinct shape, were made specifically for Newer, and show up when you Google "New Super Mario Bros. Wii cactus". pic.twitter.com/CWrHiXCsj3

I just want to be very clear: it wasn't my intention to make a big deal out of it. It's just a cool thing that we noticed and wanted to point out. That's all. Don't get angry at anyone for this, please.

What do you think? Is this all just one huge coincidence? Feel free to share below!