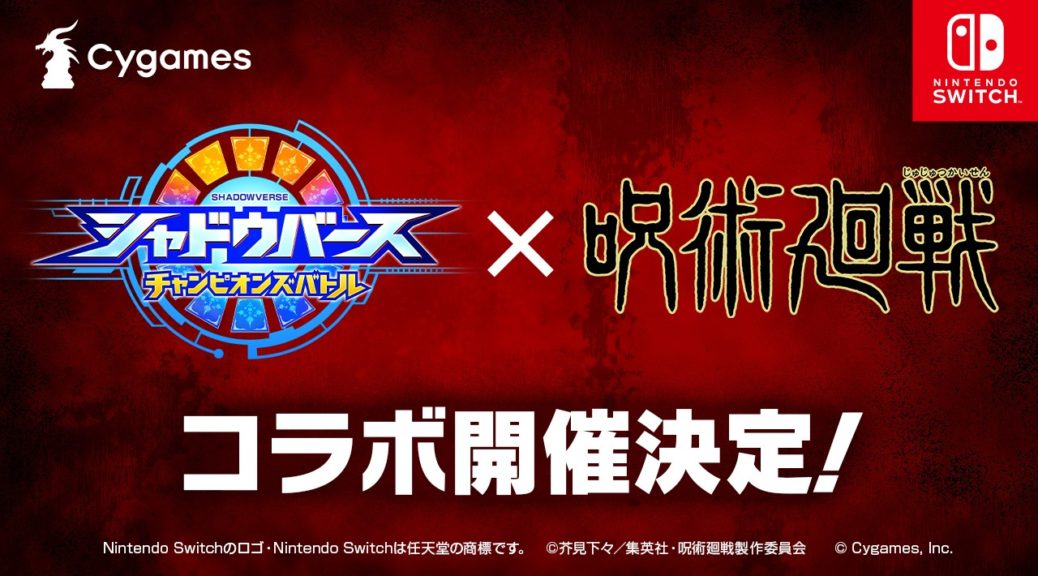 It looks like the card-battling game Shadowverse: Champion’s Battle for Nintendo Switch will be getting a special anime-themed promotion in Japan!

Cygames have announced a collaboration between Shadowverse: Champion’s Battle and the anime Jujutsu Kaisen, which will run from November 5 to December 20. By entering a special password in a future issue of Weekly Shonen Jump magazine, players will be able to obtain collaboration-exclusive cards, emblems, titles, and sleeves that feature Jujutsu Kaisen illustrations and voices.

Here are some further previews below: 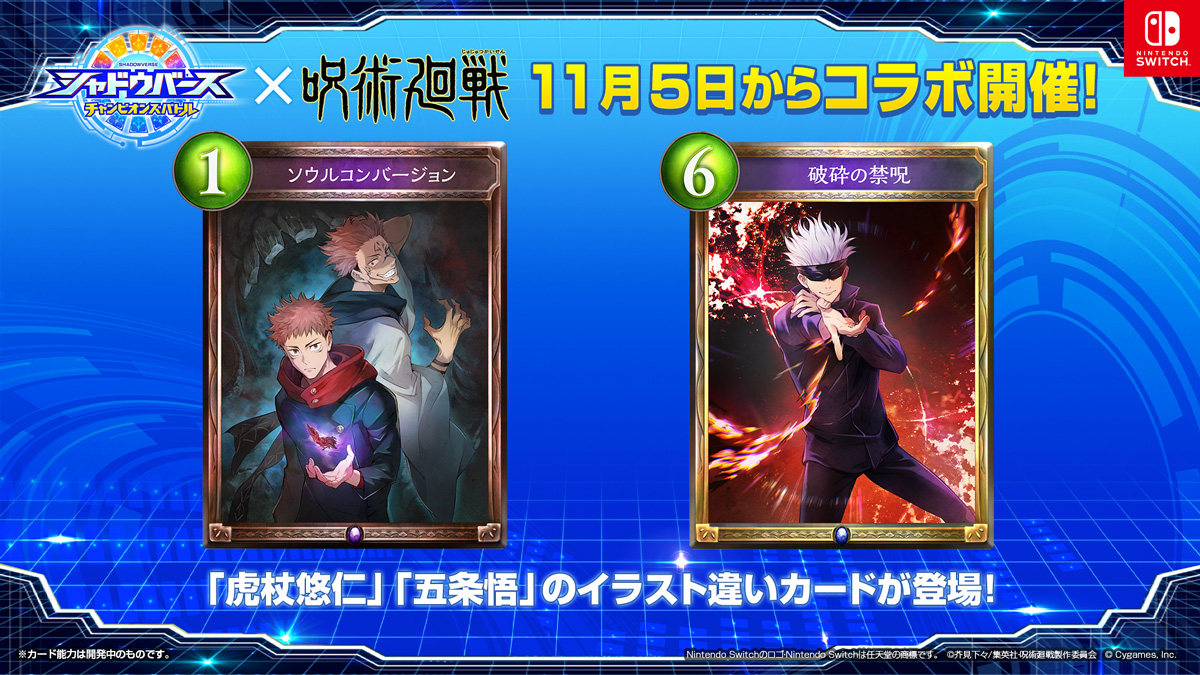 Shadowverse: Champion’s Battle will be hitting Nintendo Switch in Japan on 5 November 2020. For now, a western release has not been confirmed – although an English trademark and logo previously popped up several months ago.