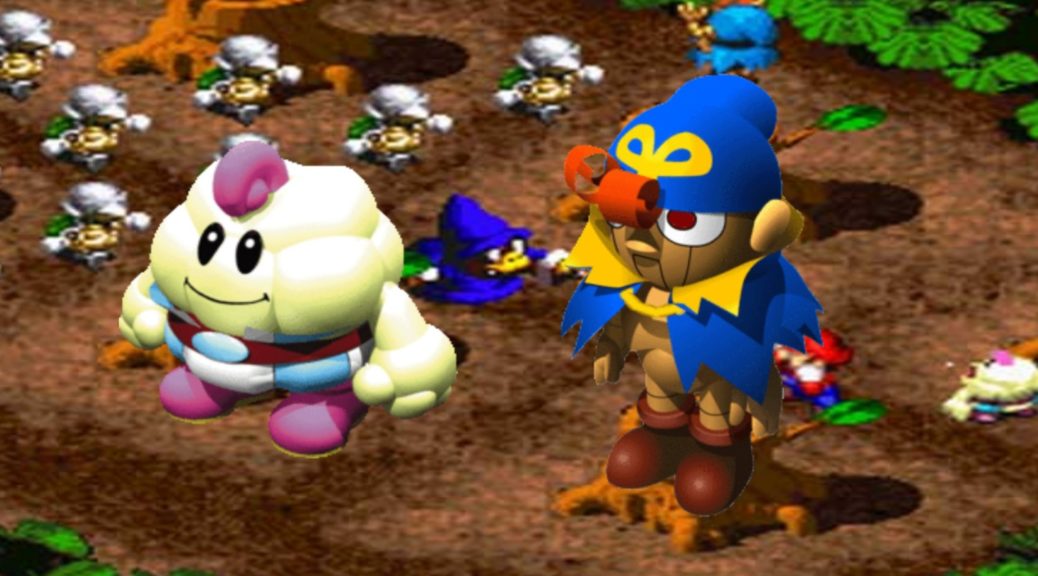 Recently, a group of Nintendo fans have started a petition on website change.org to ask Nintendo and Square Enix to bring back the characters Geno and Mallow!

The project is titled Operation Starfall and its goal is to attempt to bring back characters Geno and Mallow from the classic Super Mario RPG on SNES because the characters have not been used in any games since!

You can check out the petition here!

Check out their description below:

GOAL 1: Bring Super Mario RPG’s beloved characters back for either a remake or a sequel to Super Mario RPG.
GOAL 2: Revive Geno and Mallow for future installments of the Mario series. These two are adored, and we would love to see them return and introduce new fans to them. They are lovable characters, and are thus highly marketable if brought into the modern eye.
GOAL 3: Bring Geno and Mallow into spin-offs and other Nintendo media! From Tennis and Kart to Strikers and Sluggers, we’d love to see them in further games!

What is the ULTIMATE goal? Bringing Geno and Mallow back home to the Mario series. We want them to reunite with their friends for many more adventures to come! Whether it be in RPGs, other main series games, or spin-offs, we want to see our boys come back! We love them dearly, and they are very important to us.

This petition is a message to Nintendo and Square Enix, however it is pretty unlikely that they will receive this as change.org petitions do not make an impact the majority of the time.

Geno and Mallow do also appear as a spirit in the recent Super Smash Bros Ultimate so there is a slight possibility they could make another appearance in a new game down the line.

Source:
Via, Via, Source