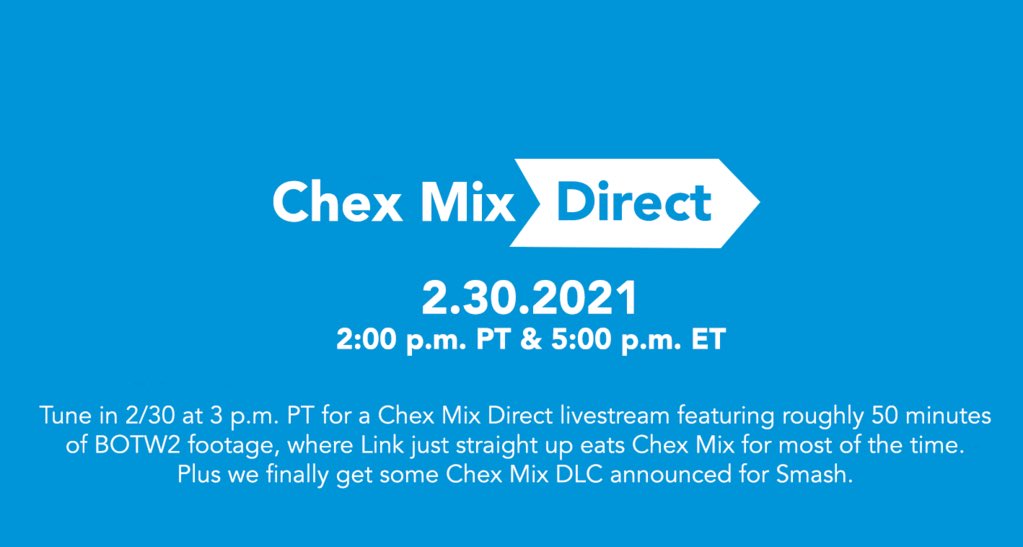 As announced earlier this week, Nintendo will soon be broadcasting its first full-length Nintendo Direct in more than a year. It seems like Nintendo fans aren’t the only ones who are vocally excited about the digital event, however!

Chex Mix, one of General Mills’ snack mix brands, recently posted its very own “Chex Mix Direct” parody announcement to take a jab at the highly-anticipated livestream. Instead of new details on Switch games, the brand’s official Twitter joked that it would show Link eating Chex Mix for 50 straight minutes – along with showing off Chex Mix DLC for Super Smash Bros. Ultimate.

To top it all off, the joke announcement teased that this “Chex Mix Direct” will take place on the non-existent date of 30 February 2021.

In all seriousness, it’s great to see this much excitement over Nintendo-related news reach so far and wide. Let’s hope that we hear something good during the official Nintendo Direct broadcast itself!